As GOT7 have recently announced, the boys will be returning with their second Japanese mini album, ‘Turn Up‘. For this Japanese comeback, they have revealed the comeback schedule. As many had predicted, what they meant by ‘UNIT‘ teaser is referring to different members paired up for a track. So, check out the first teaser below! 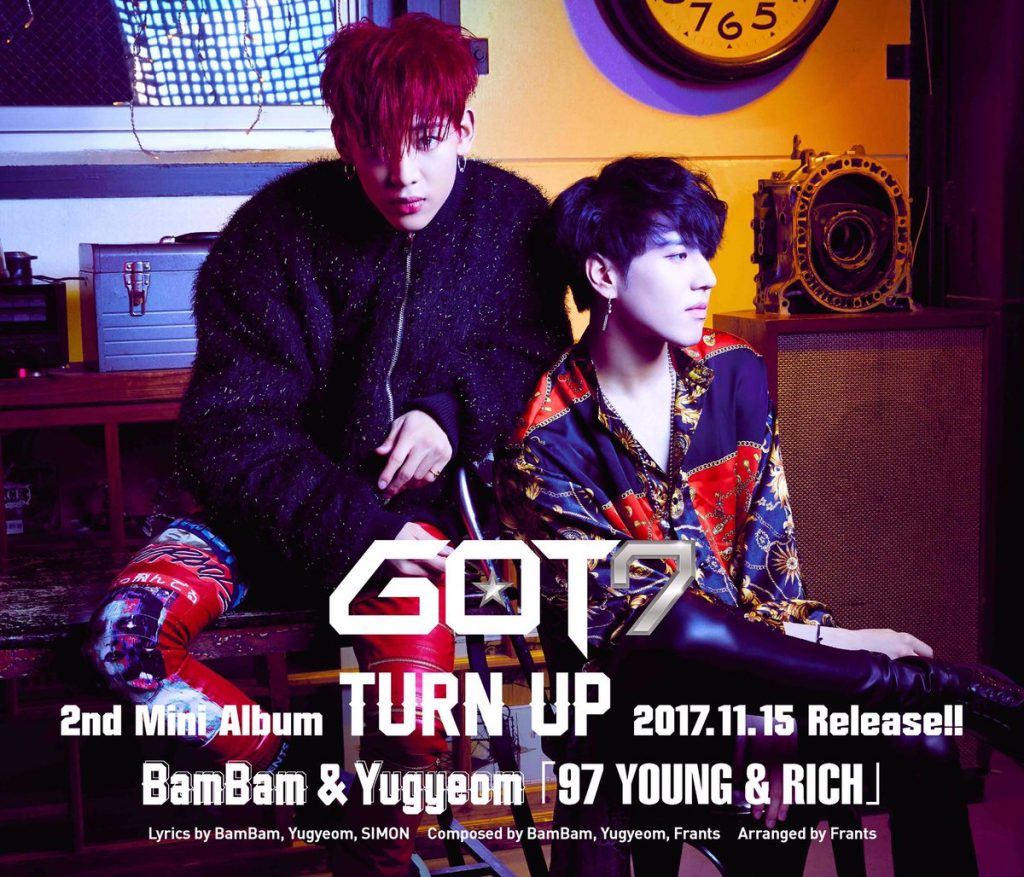 It looks like we got the maknae line! This image shows off Bam Bam and Yugyeom‘s stunning looks. They greet us looking quite serious yet so handsome. This is the pair that people love to see interacting and surely has fans quite excited to see the other ‘UNIT‘ teasers. So, their track will be called ‘97 Young & Rich‘. It is definitely the title that describes the boys perfectly and it is the kind of words that they would say.

The boys have also dropped the UNIT spoiler. This allows fans an insight into what the track will sound like. It is what we would expect from the two. It is quite an upbeat track, filled with unique beats that people would turn up for! Their voice works so well with these beats and surely will be hype! We also get to hear Bam Bam say ‘Double B‘ at the end. It surely will make people even more excited!

Meanwhile, GOT7 will make their return with ‘Turn Up‘ on November 15th! Who do you think are the other pairs? Let us know in the comments below!

Scroll for more
Tap
YoonA teases for her SM STATION track, ‘When The Wind Blows’
April to make a comeback with ‘Eternity’ + begins to drop teasers
Scroll
Loading Comments...