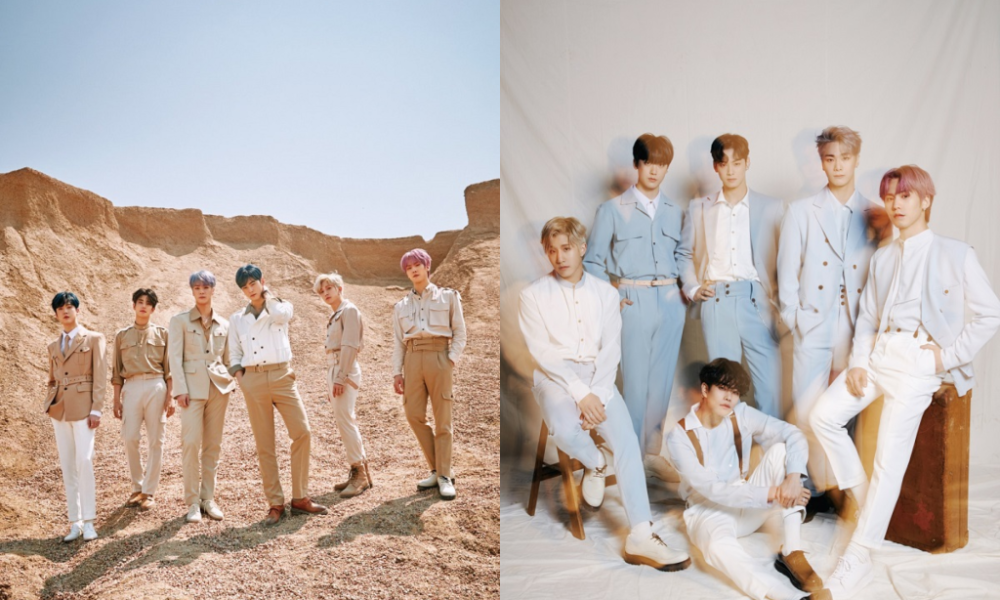 On April 23rd, ASTRO released the first batch of concept photos ahead of their 7th mini album comeback, ‘Gateway’. Check them out below!

Labelled as the time traveler version of concept photos, we see a few members carrying devices that tell the time including vintage watches, and more regular wrist watches. The photos set in the desert sees the members going on an adventure searching for something. Leading into their outfits, they blend seamlessly into the desert background. The blue indoor concept photos focus on more close-ups of the members, showing off their clean visuals.

More concept photos will be released soon, as well as other teasers such as the track list and MV teasers. ‘Knock’ was teased earlier as the name of the title track. Its MV, and the rest of ASTRO‘s mini album, ‘Gateway’, will be released on May 4th, 6PM KST!

The group’s last comeback was back in November 2019 with their 6th mini album, ‘Blue Flame’ however member Moonbin could not join promotional activities at the time due to health reasons.He will be making his return this time, hence, this will be ASTRO‘s first full-member comeback in over a year.

How do you feel about the boy group’s concept photos? Let us know in the comments below!