ATEEZ tease fans with upcoming release of their official fanlight! 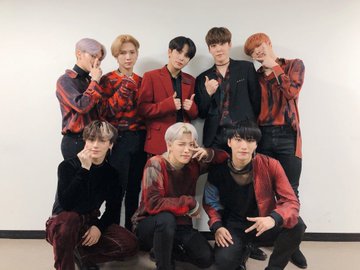 ATEEZ tease fans with upcoming release of their official fanlight!

ATEEZ will be releasing their official fanlight!

The group revealed the teaser for their fanlight on the 16th. It will be revealed on the 22nd.

Check out the teaser below.

The top of the fanlight is round, resembling a dome, while the bottom is slimmer almost looking like a microphone. At the top of the dome though there is a piece of curved material which may mean something special.

Fanlights are used to cheer on artists during events just like how it is shining brightly in the teaser photo.

Will you be interested in ATEEZ‘s fanlight? Let us know in the comments below!