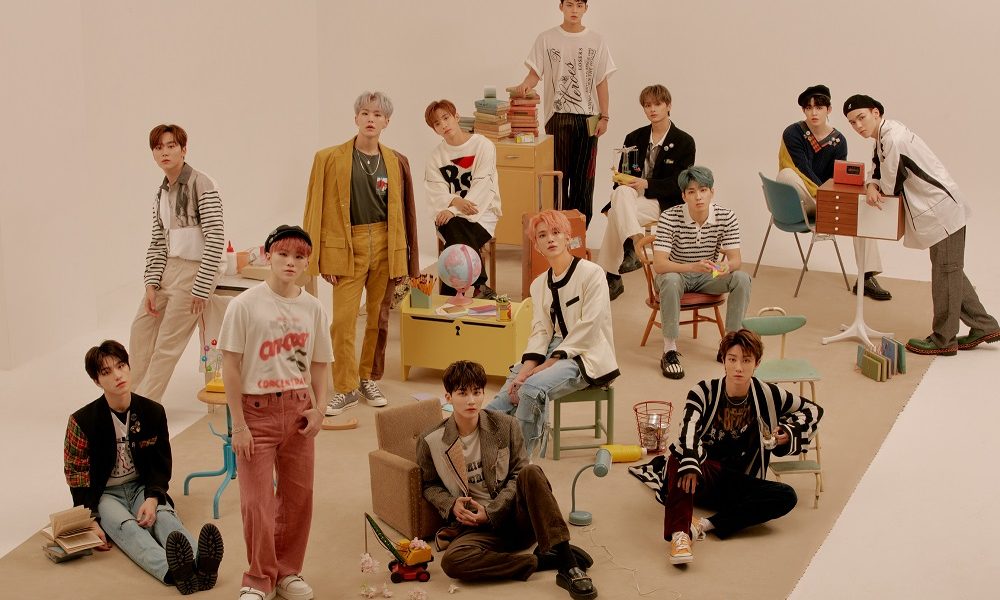 On January 16th, SEVENTEEN released individual members’ photo teasers ahead of their 2nd Japanese single, ‘Fallin’ Flower’. Check them out below!

The members are all sitting in a brightly lit set with a pastel blue background and wood flooring, creating a beach like feel. They are all also mostly dressed in lighter colours with a few wearing a beret as a head accessory, creating a cuter look.

This release is their first comeback in Japan following their release of their 1st single, ‘Happy Ending’ released in May of last year. ‘Fallin’ Flower’ will be released on April 1st. Are you excited for SEVENTEEN‘s new single? Let us know in the comments below!