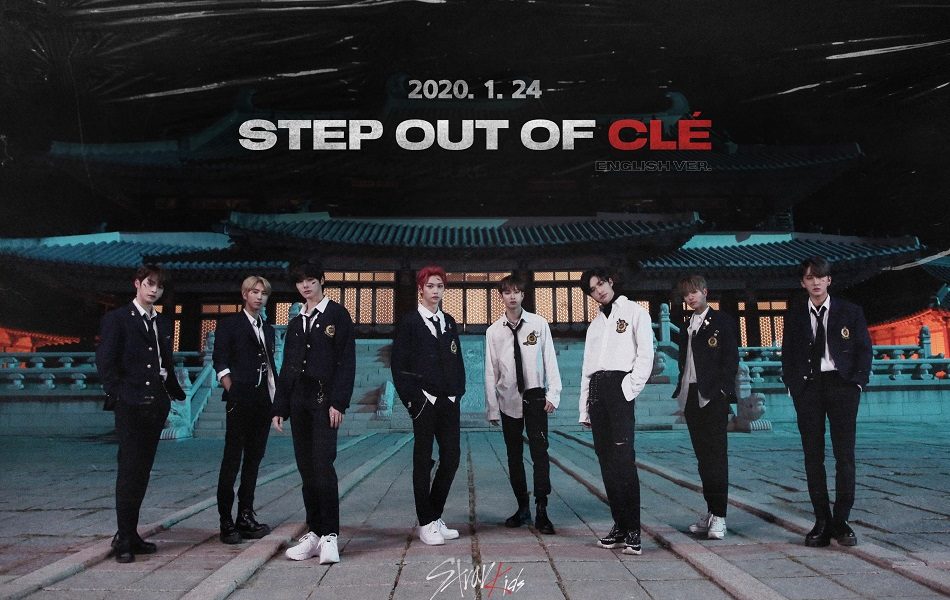 On January 17th, Stray Kids released the online cover for their upcoming first English album, ‘Step Out Of Clé’. Check it out down below!

The picture shows the members in cool casual suited looks, giving a bad-ass vibe. This is all in front of a traditional temple setting. This album will be their first official English album release. It will feature two tracks, ‘Double Knot’ and ‘Levanter’, both of which has Korean versions which were released last year.

‘Step Out Of Clé’ English version, will be released on January 24th, 2PM KST! The release of this album is perfect as it will be just in time for when the group embarks on their ‘District 9: Unlock World Tour‘ starting in New York on January 29th. The tour will see the group go through America, Europe and Asia, finishing in August in Yokohama, Japan.

Are you excited for Stray Kids’ English album? Let us know in the comments below!