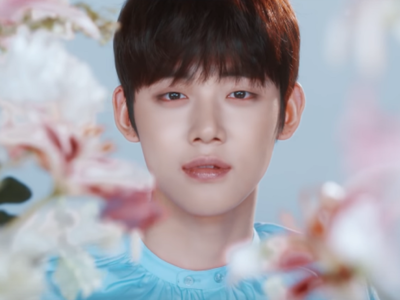 Let’s take a moment to breathe! I have a question: have you ever seen a guy and wondered “Is he even human? Can a human being be this attractive?“. Well, I have after watching TXT‘s Yeonjun‘s questioning film.

The title of Yeonjun‘s film is ‘Questioning film-what do you see?‘. Let me answer that question for you, Big Hit: I see a beautiful young man, surrounded by beautiful flowers. Also, I cannot take the suspense with the morse code hints anymore. Big Hit ends Yeonjun‘s breathtaking film with a morse code that translates to the word “Promise“. Each questioning film that has been released to date has given the viewers different hints in morse code: “Tomorrow“, “Secret“, “Hope” and now “Promise“. What do you think these hints are? Could they be the titles of songs on their upcoming debut album? Nevertheless, the fans are eagerly waiting for what could be the last hint.

What do you think about Yeonjun‘s questioning film? Let us know in the comments below.