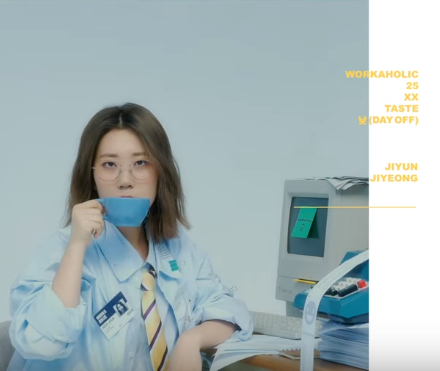 BOL4 have released moving teasers for the release of ‘Two Five‘.

The girls will be coming back with their mini album on September 10th.

Check the teasers out below!

Jiyun is stuck in an office looking very bored in her moving teaser. She dons an oversized shirt and colourful tie as she sits in front of a computer. She sips her coffee before staring straight into the camera with a bored expression. The music played in the background is very funky and upbeat!

In Jiyeong‘s teaser, the mood is quite different. Jiyeong is dressed in an off-shoulder black dress giving off a classy vibe. She looks into the camera with a somewhat sombre expression. The music played in the background also reflects this.

What are your thoughts on the moving teasers? Tell us in the comments below!