THE BOYZ seem to be unable to leave fans alone for more than two minutes. It has not been long since the boys’ ‘GIDDY UP‘ promotions ended, but they are already gearing up for a comeback with a special single ‘KEEPER‘, produced by the famed idol producer Park Kyung of BLOCK B.

This new single will mark the return of THE BOYZ member Hwall. Hwall was absent from official activities during the last three months due to a leg surgery.

According to THE BOYZ agency, Cre.ker Entertainment, Hwall is working hard to rehabilitate and he is seeing a fast recovery. Even so, it will take more time before his leg heals fully. So, the large-scale comeback THE BOYZ were supposed to have in July was pushed back. It was replaced by the special single we will be seeing in a few days. 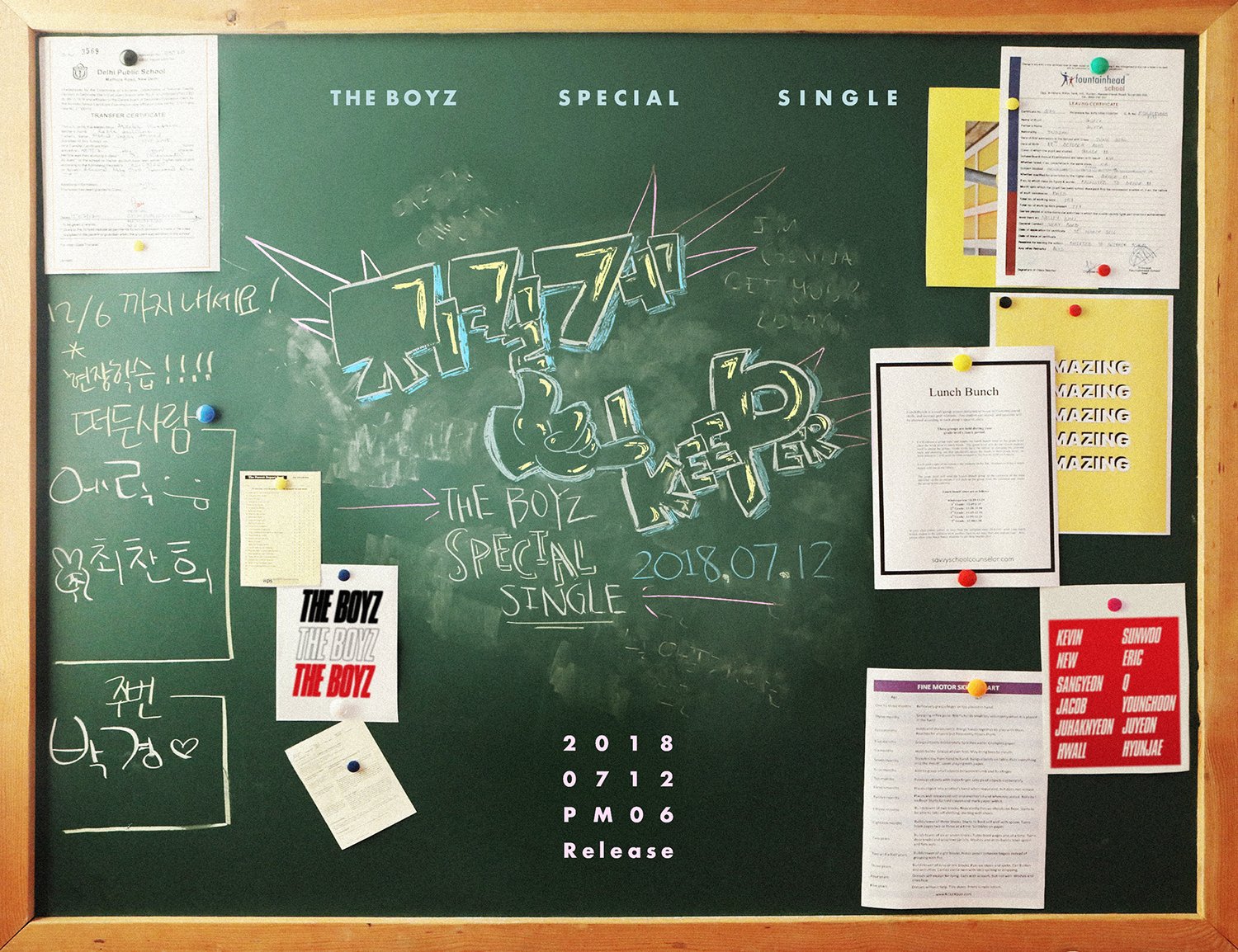 The image shows a board with several notices hanging on it. In the middle, the title of the special single and the date of release has been written down in chalk. The lettering has evidently been done by THE BOYZ member Kevin, who has a passion for hand lettering and calligraphy.

Are you looking forward to THE BOYZ‘ new single? Let us know in the comments below.

Scroll for more
Tap
Subunit of Diamond Crunch to debut ahead of group’s debut!
VARSITY members are as beautiful as a ‘Flower’ in latest teasers
Scroll
Loading Comments...