On December 2nd, Changsub from BTOB released his scheduler for ‘Mark‘. Check it out below! 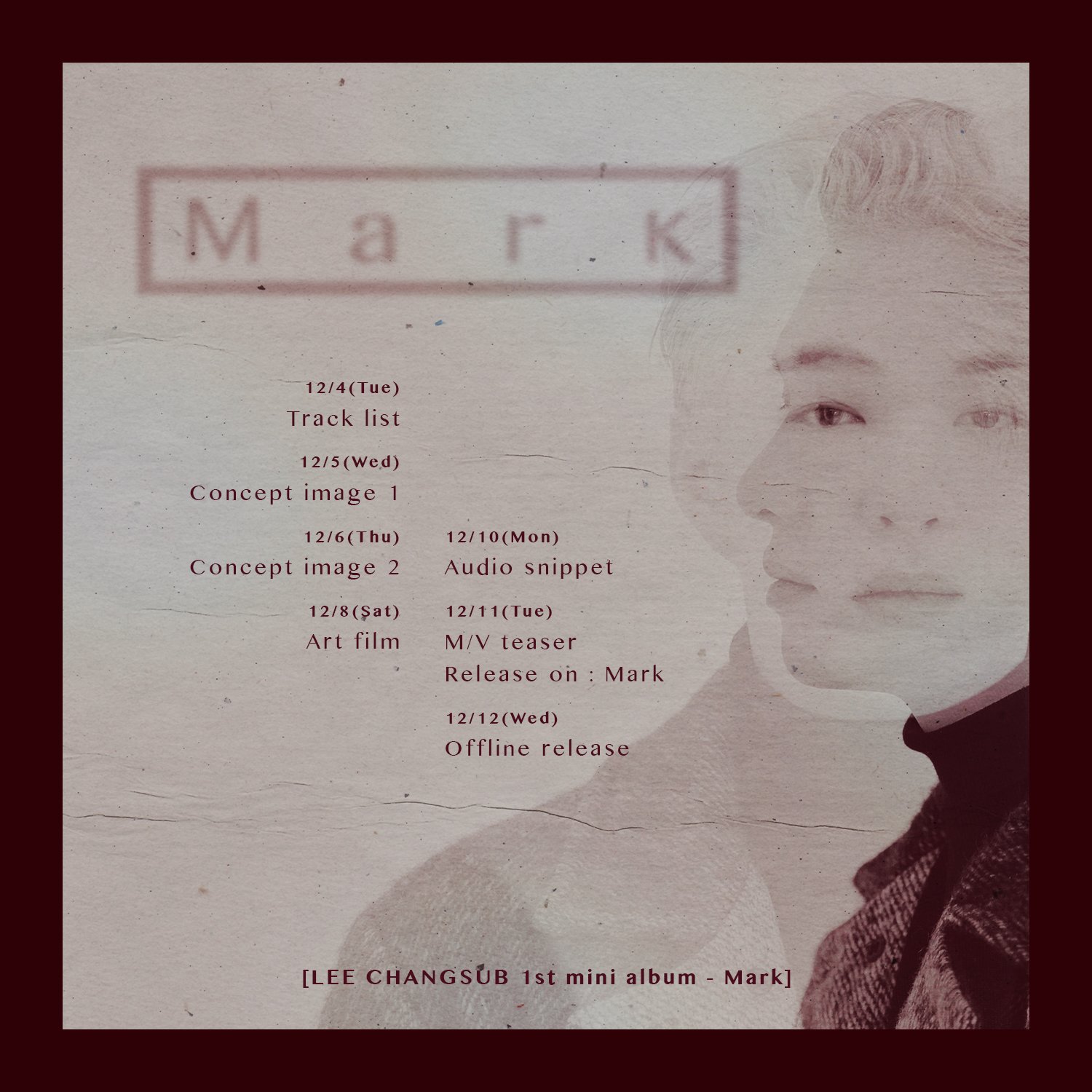 From December 4th, he will release teasers for his solo return. First he will release the track list, two concept images, an art film, audio snippet and MV teaser. Similarly, when BTOB recently had their comeback, they also released an art film. It seems to be common with their group.

What do you think about Changsub‘s scheduler for ‘Mark‘? Let us know in the comments below.