On December 2nd, Onew from SHINee released his track list for ‘Voice‘. Check it out below! 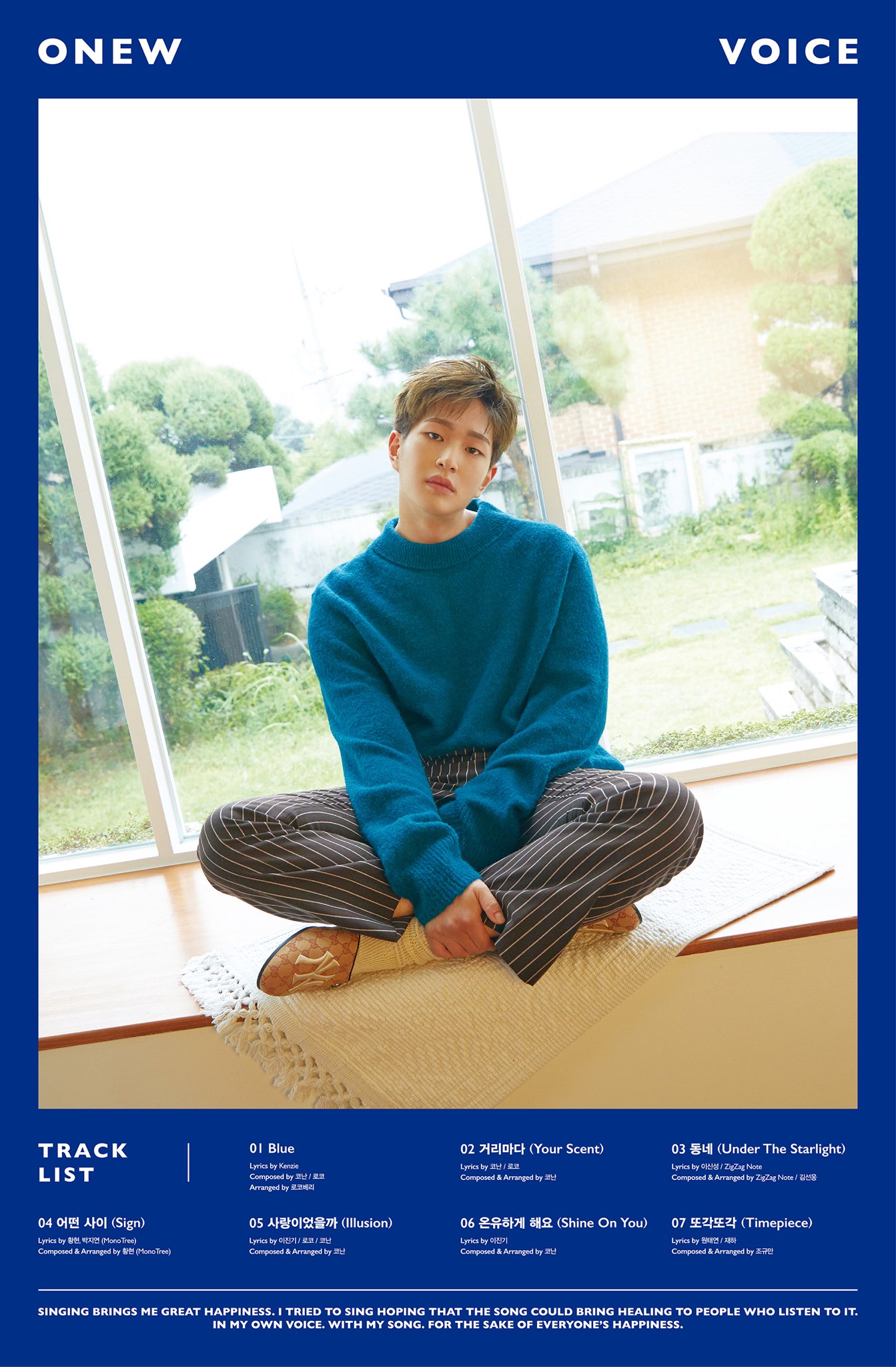 His first album will contain seven tracks. It is still uncertain which song will be his title track. Like the rest of his group members, the format of the cover is a solid cover with his image in the middle. There is a English phrase written out at the bottom of the image that reflects the artist.

Onew will make his debut on December 5th with first album ‘Voice‘. The name of his album represents his role in SHINee. His first album is a gift to fans before his military enlistment on December 10th. Onew is finally making his solo debut after ten years in the industry. However, he is not the only SHINee member to make his debut this year. Fellow member Key recently debuted on November 26th with first solo album ‘Face‘ and title track ‘One of Those Nights‘ featuring Crush. At the moment, Minho is the only SHINee member who has not debuted as a soloist.

What do you think about Onew‘s track list for ‘Voice‘? Let us know in the comments below.