As most fans have predicted, BTOB‘s photo quizzes are in fact mysterious teasers for Ilhoon‘s upcoming solo debut album! He has confirmed that by releasing his first official image teaser. So, check it out below! 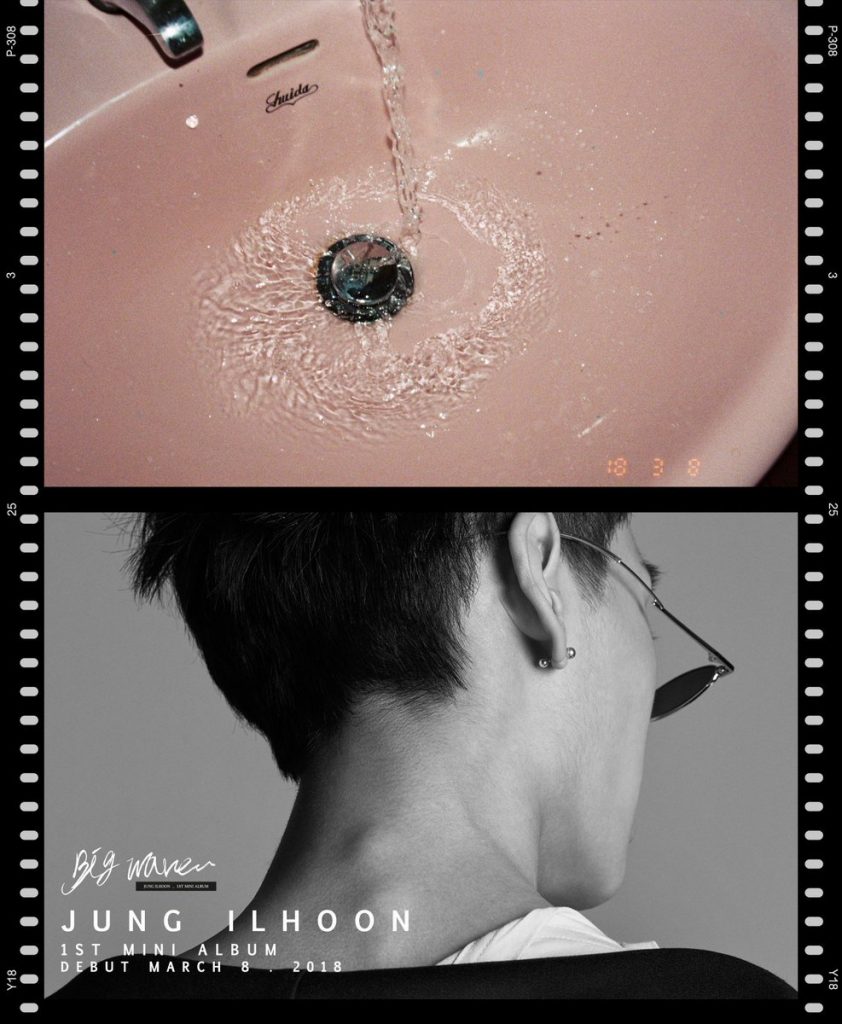 The image is taken in a way that makes it appear like a film strip. The pink sink was previously seen in the photo quizzes and may have been the biggest hint to the name of Ilhoon’s first mini-album, ‘Big Wave‘. Even though his back is towards the camera, he still looks cool and shows off his great charms.

Meanwhile, Ilhoon will make his hot solo debut on March 8th. Are you ready? Let us know in the comments below!