BTOB’s Sungjae releases a calming prologue teaser and animated teasers for ‘Come With The Wind’! 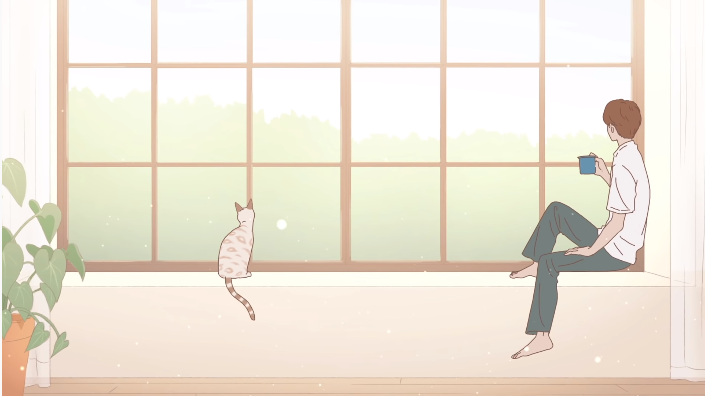 BTOB’s Sungjae releases a calming prologue teaser and animated teasers for ‘Come With The Wind’!

On February 25th, BTOB’s Sungjae released a prologue teaser for ‘Come With The Wind’, a track off part three of his ‘3X2=6’ album project and debut special solo album, ‘Yook O’ Clock’. He then dropped three animated teasers over the next couple days for the track. Check them out below!

In the prologue teaser, we see Sungjae turning on the radio for some calm orchestral tunes. He then goes to the bookshelf and picks up a book called ‘Come With the Wind’, the same name as the track.

The audio teaser displays the vocalist’s smooth delicate vocals as he sings the title of the track behind a block of harmonies and a clapping melody.

In the first MV teaser labelled as the ’32’ version, we get further audio snippets of the soothing song. But, we also see a clip of an animated MV with the appearance on Sungjae‘s cat, Sami (also the pronunciation as 32 in Korean). The soloist pats Sami with the cat smiling in return. Interestingly, as the album project is called, ‘3X2=6’, Melody (the fandom name) have made connections in that ‘3X2, or ’32’ refers to Sami and ‘6’ gives reference to the singer’s surname, ‘Yook’. Aptly, the album project name had a wholesome meaning relationship between him and his cat.

The second MV teaser labelled the ‘6’ version sees the singer waking up out of bed, patting Sami and opening the curtain to reveal the sunlight as he sits down with a cup of coffee. Towards the middle of the teaser, we see a calendar with marked dates. They are references in relation to Sungjae such as how March 21 is circled to be BTOB‘s 8th anniversary as a group.

Part 3 of the ‘3X2=6’ marks the last part of the project series that started in December last year. All the tracks in Part 1, 2 and 3 (including ‘Come With The Wind’ will be collected into the special debut solo album, ‘Yook O’ Clock’ which will be released on March 2nd!

How do you feel about Sungjae‘s album project? Let us know in the comments below!