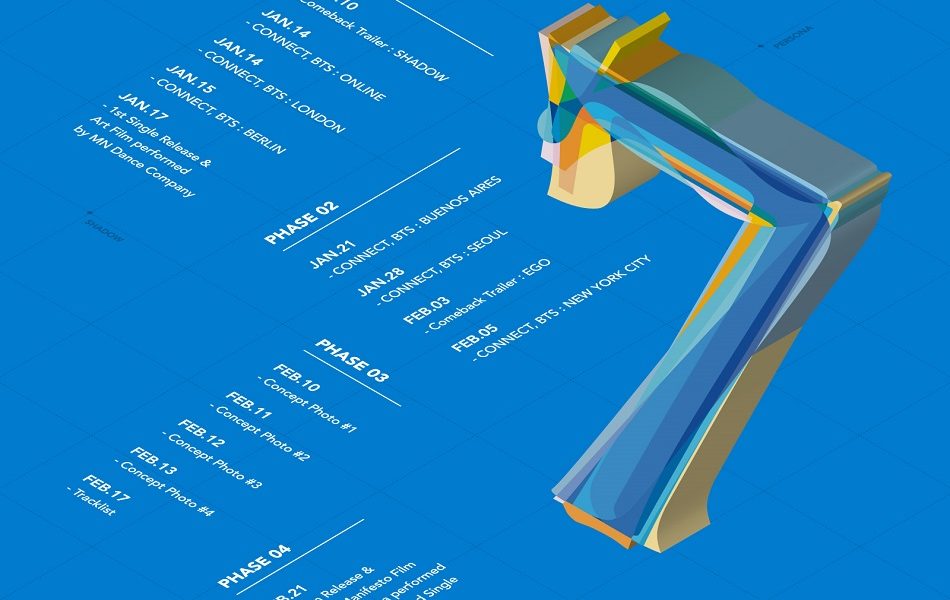 Pre-orders started on January 9th whilst the whole album will be released on February 21st! More details can be found on BTS‘ official Twitter and their WeVerse account.

The comeback map is split into 4 phases and is as follows:

All the dates are according to Korean Standard Time (KST). So ARMYS and K-Pop fans alike have a lot content leading up to the album and MV release. The group looks to be dropping two singles off the album; one on January 17th and then again on February 21st along side with the album release.

Are you excited for the group’s highly anticipated comeback? Let us know in the comments below!