BTS reveal a darker side with “Black Swan” wings in second concept photos for ‘Map of the Soul: 7’! 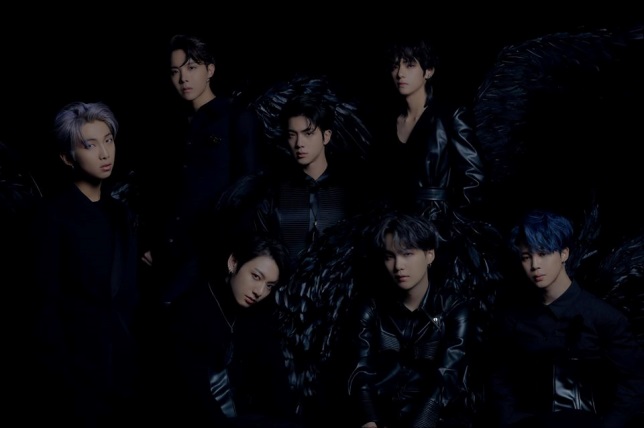 BTS reveal a darker side with “Black Swan” wings in second concept photos for ‘Map of the Soul: 7’!

On February 10th, Big Hit Entertainment released the second concept photos of BTS’ upcoming album ‘MAP OF THE SOUL: 7’. Check them out below:

This is the only photo where Jungkook doesn’t have wings, yet all other members do. What could it mean? ARMYs will surely be coming up with theories.

They are presumably dressed in the guise of black swans rather than fallen angels, although both are strikingly similar. The dark colour may suggest a dark theme to ‘MAP OF THE SOUL: 7’, a stark comparison with the first concept photos. The members all stare into the camera with intense eyes.

The members are pictured individually atop a box in a lake with smoke surroundings, with grace and elegance.

Jungkook’s tattoos appear to be covered up again.

The second concept photos, along with the first, show the white swans and the black swans, two different sides.

What do you think about the concept photos? Let us know in the comments below.