DIA release a floral art film for ‘Flower 4 Seasons and first title track MV teaser for ‘Hug U’ + MBK Entertainment clarifies this is a unit comeback. 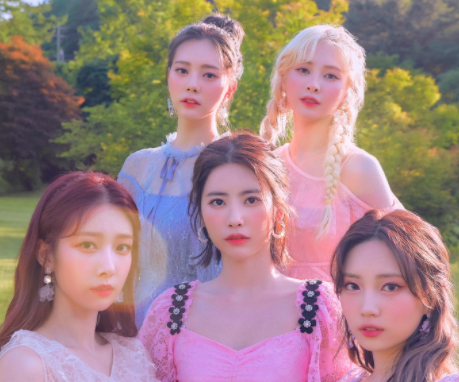 DIA release a floral art film for ‘Flower 4 Seasons and first title track MV teaser for ‘Hug U’ + MBK Entertainment clarifies this is a unit comeback.

On May 31st, DIA released an art film ahead of their 6th mini album release, ‘Flower 4 Seasons’. Two days later on June 1st, the group released first MV teaser to its accompanying title track, ‘Hug U’. Check them out below!

In the art film, we hear a soothing calm melody in the background as the members pose beautifully within a set. All the members are wearing pastel coloured dresses with floral arrangements in the set, and in their accessories. Overall, it creates an elegant look that shows off the visuals of the members.

Moving on to the MV teaser, whilst short, we see members doing various activities within the city. From pushing a bike down a street, to waiting around, smelling flowers, and looking over the city skyline, there is also a smooth sweet light melody that follows through the teaser.

In the past few days, fans have questioned the group’s company, MBK Entertainment on the upcoming comeback, as only five of the seven members had concept photos released. The company later clarified that this comeback is to be a unit comeback with the five members (excluding members Chaeyeon and Somyi). Hence, fans are now frustrated with the group’s management as the unit was unannounced prior, with the unit taking on the group’s name. Furthermore, member Somyi has not posted an update on the group’s social media for a while. She held an Instagram Live back in December 2019, which worried fans with her comments on the company stating she’s not allowed to do live streams, her own comments stating she’s ‘ugly’ and overall saddened state of mind during the stream. Fans can only speculate as to what is happening with the two members not participating in this comeback right now.

DIA‘s 6th mini album, ‘Flower 4 Seasons’ will be released on June 10th, 6PM KST. How do you feel about the group’s comeback? Let us know in the comments below.