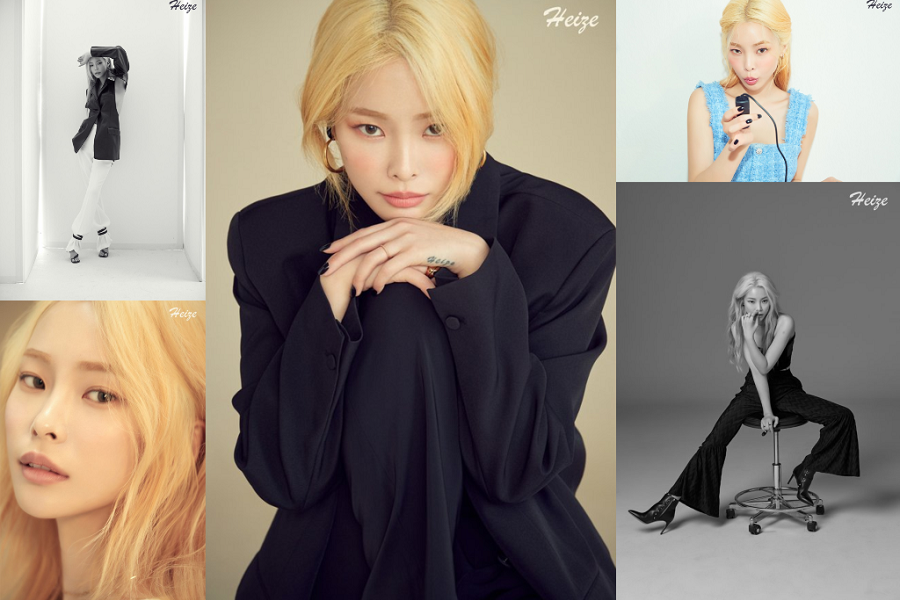 Between June 1st and June 3rd, Heize released a concept film, concept photos and poster ahead of her 6th mini album comeback, ‘Lyricist’. Check them out below!

Watching the concept film, there is a lonely guitar melody as the soloist with new blue hair, burns papers of lyrics with candles. We later see her at a table reading the May 2020 issue of her own magazine. The film then calmly ends with the title of the album.

The concept photos are chic in their expression, but also feel vintage particularly with the black and white filter that crosses a few of the photos. The artist shines her looks with a blushed makeup and light blonde locks. Furthermore, the photos had additional captions, with each photo being labelled with a track, for example, ‘Track 1. Concept Photo’. With a total of five photos, it could indicate the mini album would appropriately contain five tracks.

Finally, the poster further gives into the vintage vibe with the classier font of the name of the album. It is a simple black and white aesthetic with the artist’s occupation being labelled the lyricist, hence we would expect she will be continuing to write the lyrics to the tracks in her albums.

This mini album will be her first release in 2020, with her last release being her 5th mini album, ‘Late Autumn’, released in October 2019.

Heize‘s 6th mini album, ‘Lyricist’, will be released on June 10th, 6PM KST! How do you feel about Heize‘s upcoming comeback? Let us know in the comments below!