DIA’s Yebin and Somyi teases for their upcoming collaboration track!

DIA’s Yebin and Somyi teases for their upcoming collaboration track!

DIA‘s Yebin and Somyi finally teases for their upcoming collaboration track, ‘Seoraksan In October‘. This is definitely going to be a great track for the Autumn season. So, check out the teaser below! 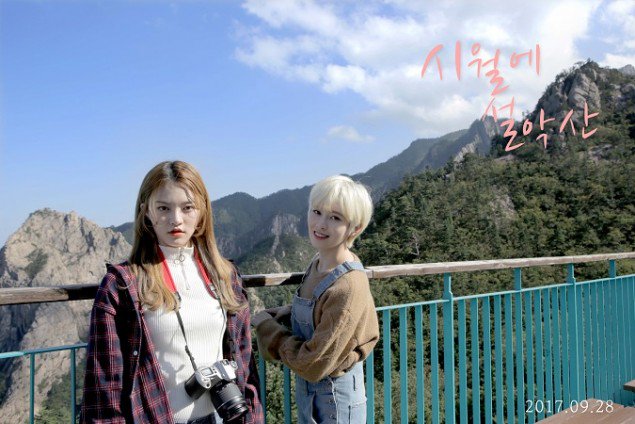 Both Yebin and Somyi is posing quite beautifully with the Seoraksan mountain area. The skies are so clear and the girls seem to be enjoying their time out. This will be their duet track that will express their feelings towards the fans. It will be a song that will describe their emotions on wanting to take a journey in October and thus temporarily leaving the group.

As previously revealed, Yebin and Somyi will be joining in the idol rebooting show, ‘The Unit‘ and thus they are releasing this duet track as a present towards the fans. Meanwhile, the track will be dropped on September 28th! Are you excited for their duet? Let us know in the comments below!