After revealing quite mysterious codes, Dreamcatcher has dropped the tracklist for their first mini album, ‘Prequel‘. So, check it out below! 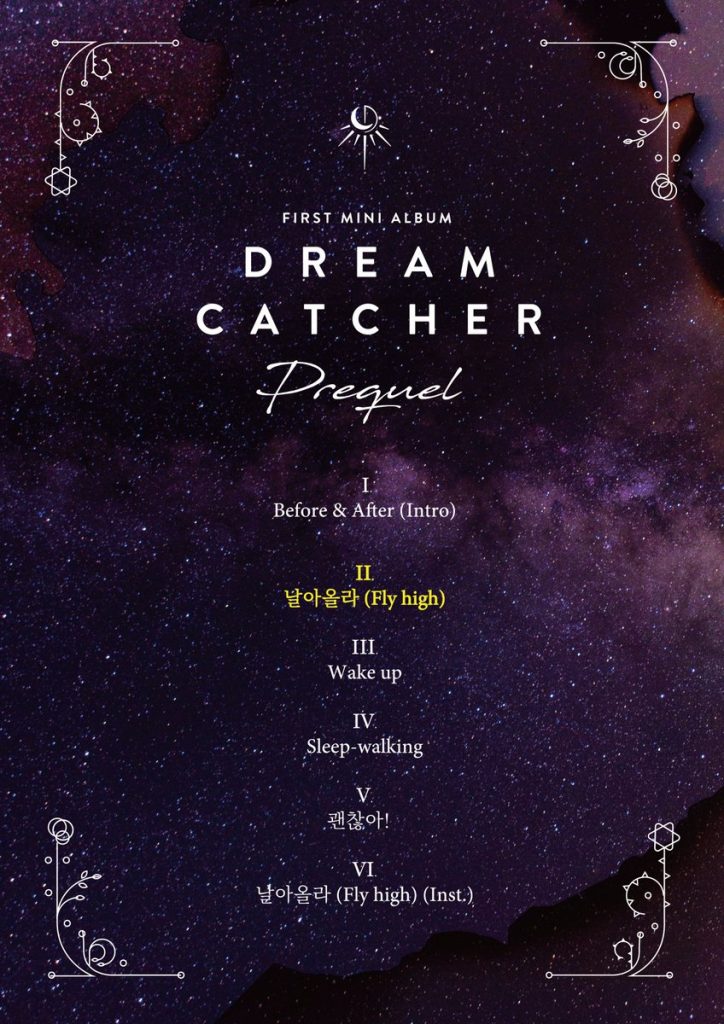 For this album, there will be a total of six tracks including the title track, ‘Fly High‘ and its instrumental version, the intro track, ‘Before & After‘, ‘Wake Up‘, ‘Sleep Walking‘ and ‘It’s Okay‘.

Fans finally understand the connection between the mysterious codes and their comeback. ‘Fly High‘ was found on their fourth code, and ‘Before & After‘ was found on the first and second code. On top of that, the colour use for the image is quite beautiful, which resembles the beautiful galaxy.

On top of that, Dreamcatcher have dropped their first trailer for ‘Fly High‘. From the way it is shown, ‘Fly High‘ is quite a delicate track where the soothing piano keys can be heard distinctively. The girls are looking nice and gentle for the summer. Everything just looks perfect and the girls are seen having so much fun. The ending shortly takes a turn! What sort of scary thing is going to happen in ‘Fly High‘? Stay tuned to see more!

Dreamcatcher will make their comeback on July 27th! Are you excited to see how these tracks will sound like? Let us know in the comments below!

Scroll for more
Tap
CLC drops their comeback schedule for ‘FREE’SM’
Skull and Haha to make a comeback this month!
Scroll
Loading Comments...