In the lead up to Epik High’s 9th album, ‘We’ve Done Something Wonderful,’ the full lineup of artists featuring has been revealed. 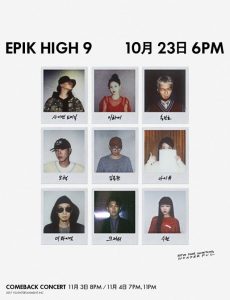 The album officially drops on the 23rd of October, with a special comeback concert planned for November 3-4.