EXID has been gearing up the promotions of their return with the single album ‘Tomorrow‘ by giving fans one teaser image after another. This time, fans have received an album preview and a group teaser image from the group ahead of their fast-approaching comeback.

There will only be one version of the album. It will comprise a CD, a photobook, a photo card, a postcard, stickers of the members’ names, a film photo and a poster. The photocard and the postcard in the album will be a random one within four types. The sleeve package of the album and the jewel case of the CD will also have the tracklist on them. The album overall looks very pretty, so make sure to get yours as soon as possible! 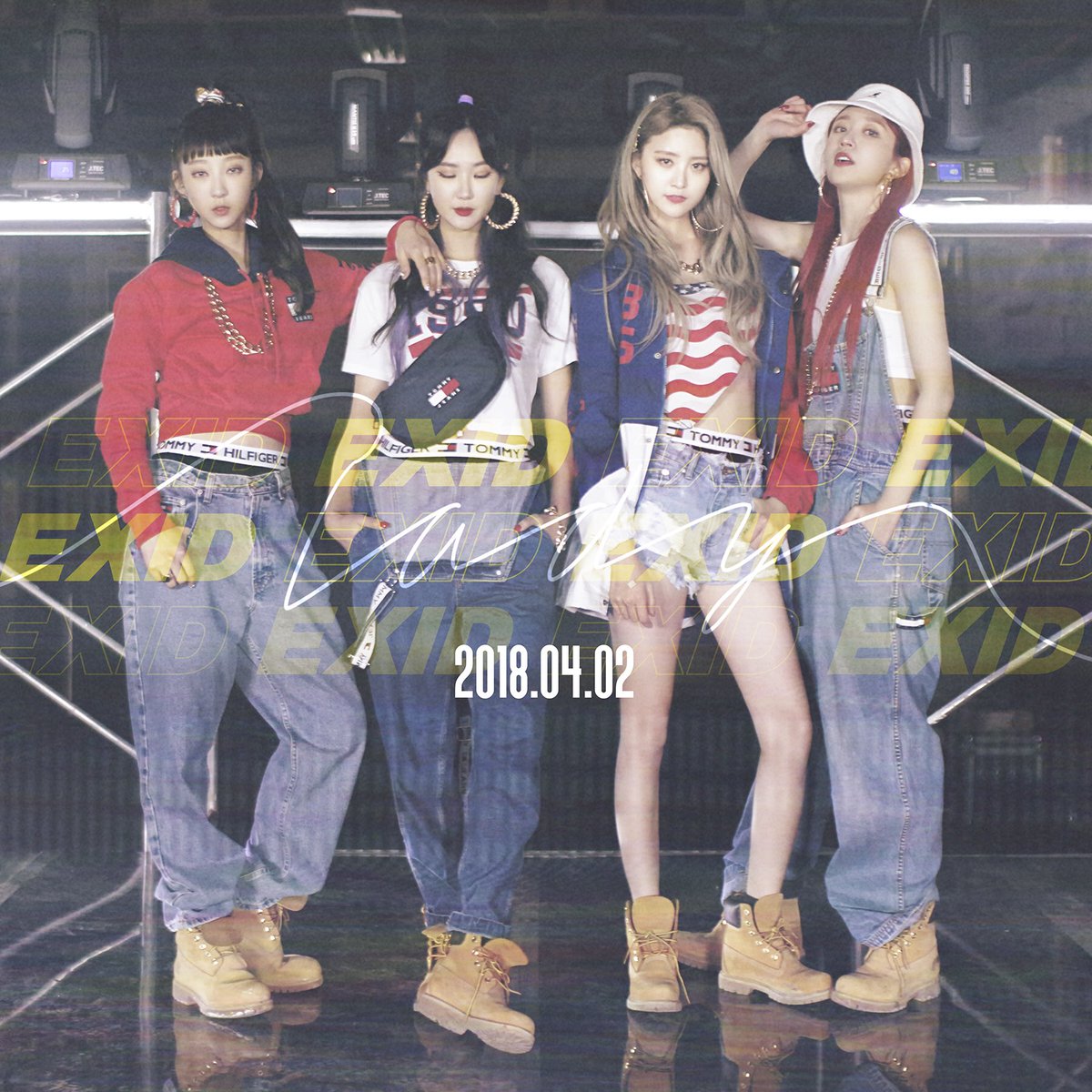 The members all have adopted a strong look for this comeback. The Timberland boots and mostly denim outfits and hoop earrings have given the girls a fierce and powerful, yet sexy aura. Each girls’ get-up has been designed to complement her features in the best possible way. All four members look stunning in the teaser and we cannot wait to see their new music video on April 2. Meanwhile, Solji will refrain from participating in this comeback due to health issues.

Do support EXID on their return with ‘Tomorrow‘ and keep following Officially Kmusic for future updates!