Earlier this month, PENTAGON fans were overjoyed by the announcement of the group’s comeback. To soothe the minds of the restlessly waiting fans, PENTAGON has since released a teaser image. According to this teaser, the group will return with their 6th mini album ‘Positive‘ on the 2nd of April. And with the release date approaching fast, PENTAGON has unveiled their comeback schedule.

Check out PENTAGON’s comeback schedule below! 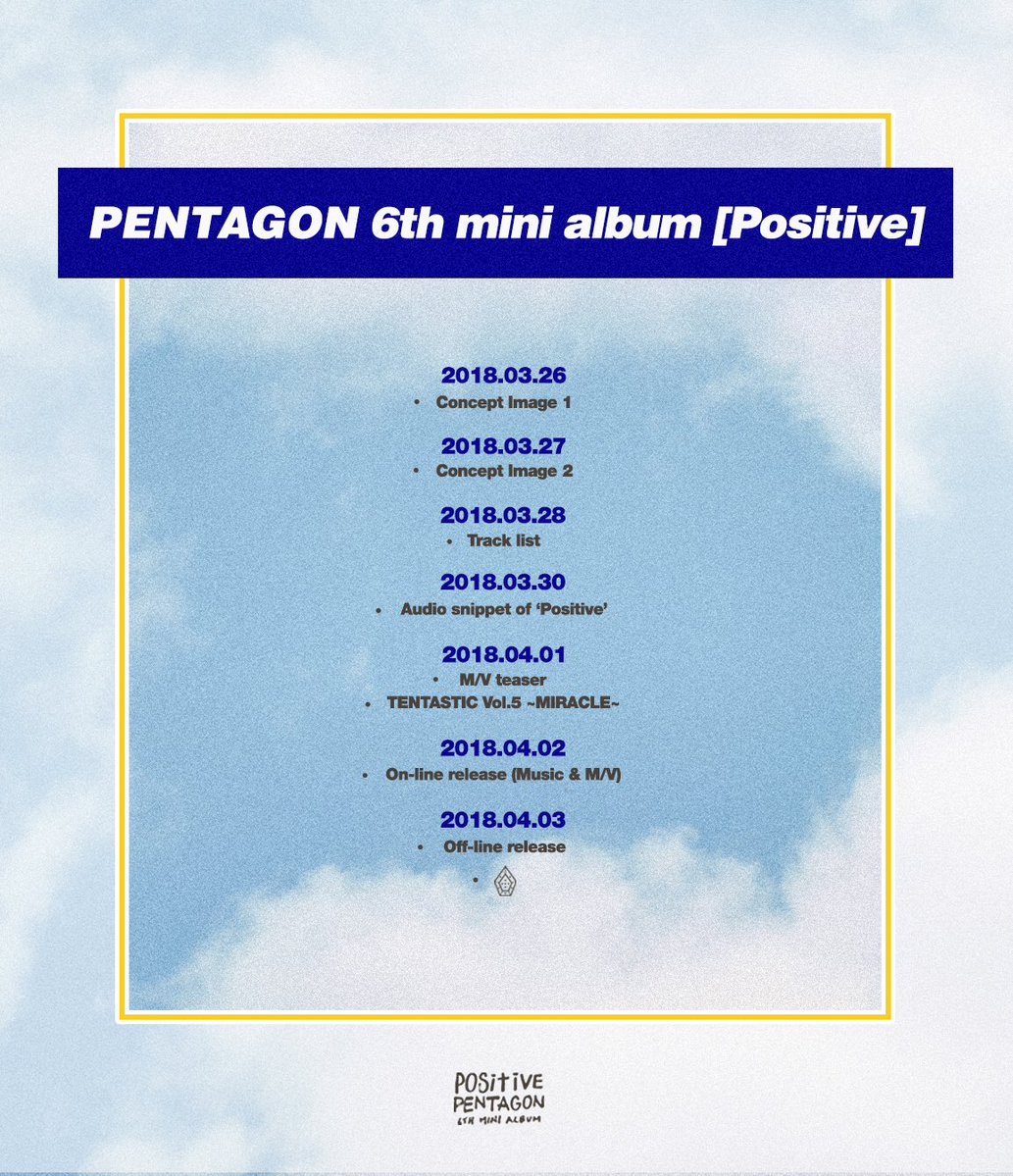 PENTAGON has planned to keep fans on the edge of their seats with anticipation for a solid week before the release of their album. Fans will receive two sets of concept photos on March 26th and 27th. PENTAGON will reveal the tracklist the next day. After a one-day interval, we will get to hear the audio snippet of the album on March 30th. There will be only one teaser of the music video, and it will come out right on the day before the date of the release of the MV. Only the MV and the digital album will be up for viewing and buying on April 2nd; the physical album will hit the selves on the 3rd of April.

Fans are eagerly waiting to see what the self-producing idols have in store for them. PENTAGON has an exceptionally diverse and fantastic discography and the members themselves wrote and composed many tracks on their albums. So, fans naturally have high expectations from this talented group on their first comeback with ‘Positive‘ this year.

Do support PENTAGON on their first comeback this year with their sixth mini-album ‘Positive‘. And keep following Officially Kmusic for future updates!

Scroll for more
Tap
Stray Kids’ debut date is almost here and so are the MV teasers!
EXID is letting you have a sneak peek into their new album ‘Tomorrow’+unveils group teaser
Scroll
Loading Comments...