On November 11th, EXID released their second image teaser of Hyelin for their comeback. Their title track is ‘I Love You‘, and it will be released on November 21st at 6pm KST. They will also release their new album as a five-member group. Member Solji is finally returning to the group, so she will make her hot comeback with this album. We can expect more individual teaser images in the near future. 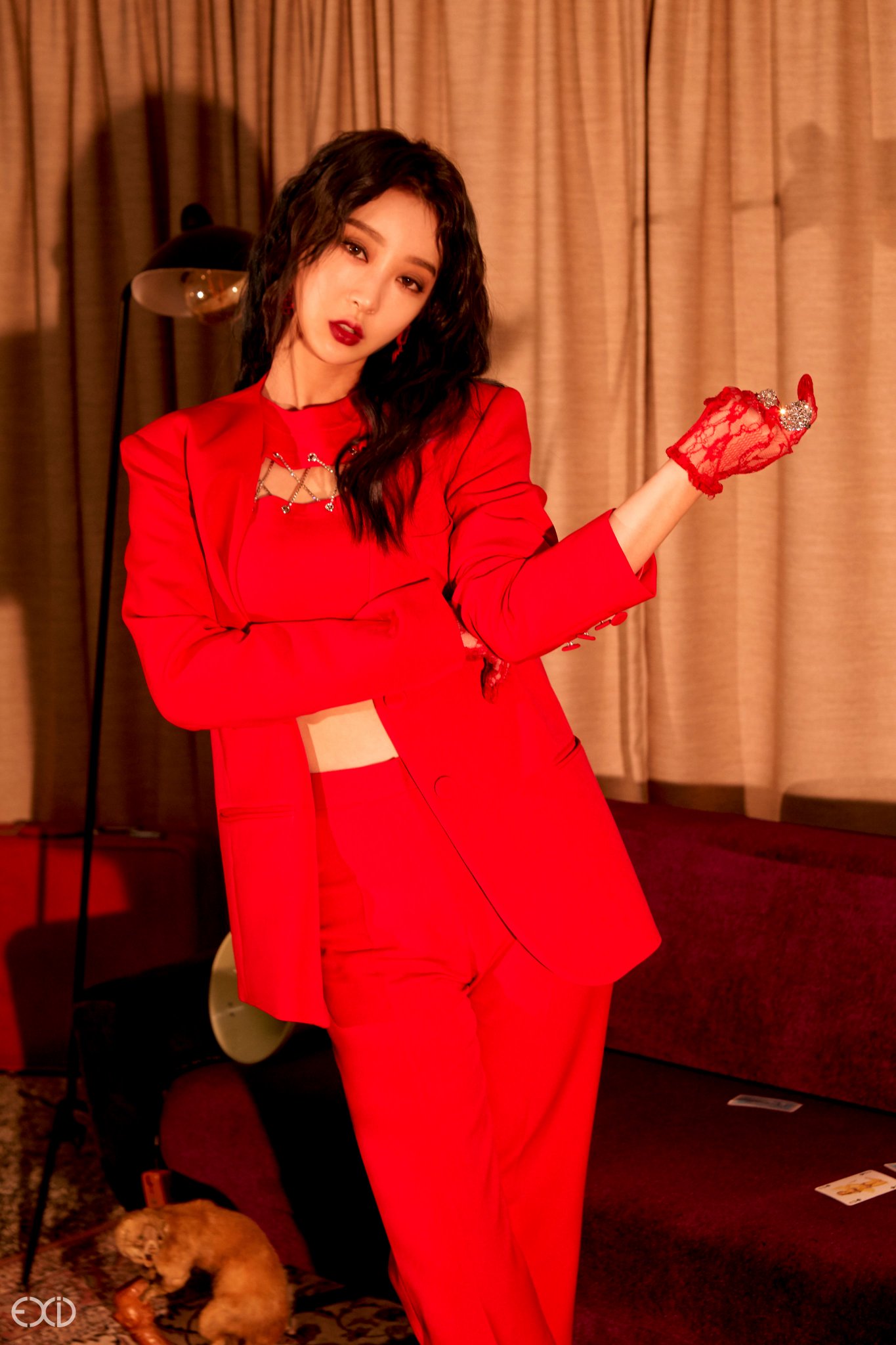 Red seems to be EXID‘s colour for this comeback. Likewise to Hani‘s red-themed image teaser that was released yesterday, Hyelin looks stunning in red. She is wearing a fully red outfit with red gloves. One of her arms is out, which looks like she is beckoning someone to approach her. Even her red lipstick matches this red theme. She stands in front of a tall lamp, velvet couch and beige curtain. You can see her shadow in the background.

Another member’s teaser image will be released tomorrow, so look forward to it!

What do you think of Hyelin‘s image teaser? Let us know in the comments below.