EXO has released new teasers for their long-awaited comeback. On October 22nd, they released a concept short film called ‘Tempo‘ and a new concept photo.

EXO is finally making their long-awaited comeback on November 2nd. They will be releasing their fifth studio album titled ‘Don’t Mess Up My Tempo‘. The album will have three versions: ‘Moderato‘, ‘Allegro‘, and ‘Andante‘. SM Entertainment also revealed that member Lay will be participating in the Chinese version of the album, as well as the recording for the MV. The last time he appeared in a full comeback with the group was for the title track ‘Monster‘, which was released on June 8th, 2016. Since then, fans have been anticipating his reunion with the group. 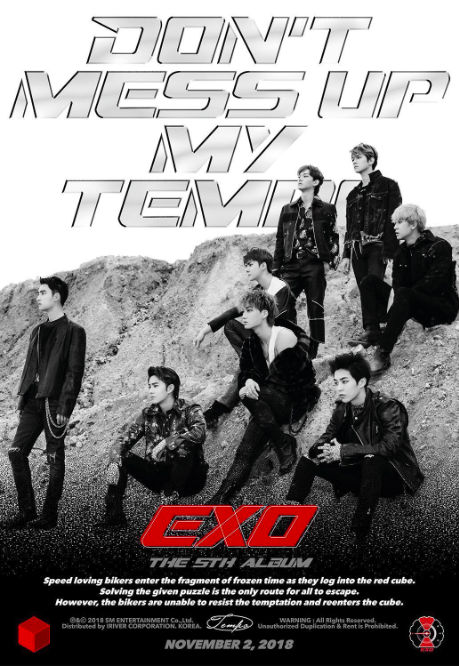 Similarly, the concept photo takes the form of a black-and-white movie poster, although some texts are in red. At the bottom, there is a few lines which tell the story of the song. EXO have taken on the roles of bikers, and it seems like they have to solve a puzzle in order to escape a red cube where they are locked up in frozen time. However, this will be difficult as their desire to reenter the cube is too great. 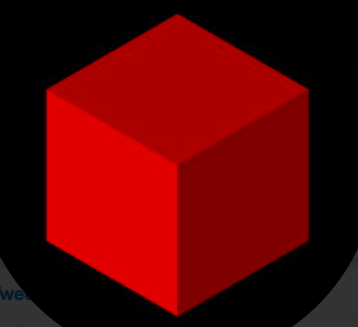 The red cube that is mentioned in the concept photos appears as the group’s profile image for their SNS accounts. It is a simple red cube with a black background.

What do you think of EXO‘s new teasers? Let us know in the comments below!