On February 13th, (G)I-DLE released the track list for ‘I Made‘. Check it out below! 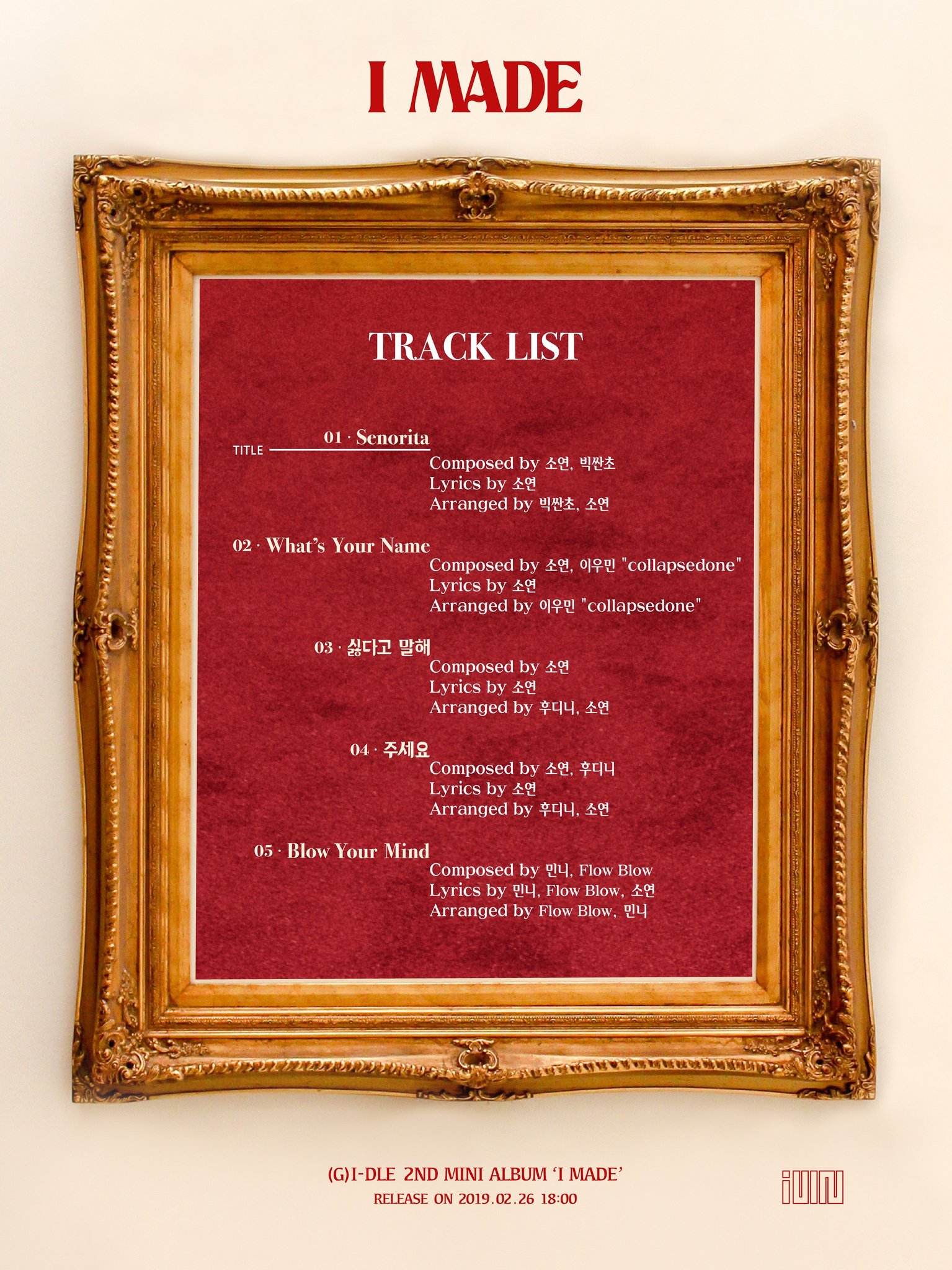 The mini album contains five tracks in total, including the title track ‘Senorita‘. Fans have been speculating that this track could have Latin pop vibes because of its title. This genre is becoming increasingly popular in the industry, so this would not come as a surprise.

(G)I-DLE will make their comeback on February 26th with their second mini album ‘I Made‘. Fans have been highly anticipating a comeback since their hot debut last year with ‘Latata‘, the title track of debut mini album ‘I am‘. Between then and now, they had only released the digital single ‘HANN‘. Fans are excited to see the different sides of this rookie girl group soon. Stay tuned!

What do you think about (G)I-DLE‘s track list for ‘I Made‘? Let us know in the comments below.