GWSN continues to tease for their upcoming debut with ‘The Park In The Night‘. So, check out the latest teaser below! 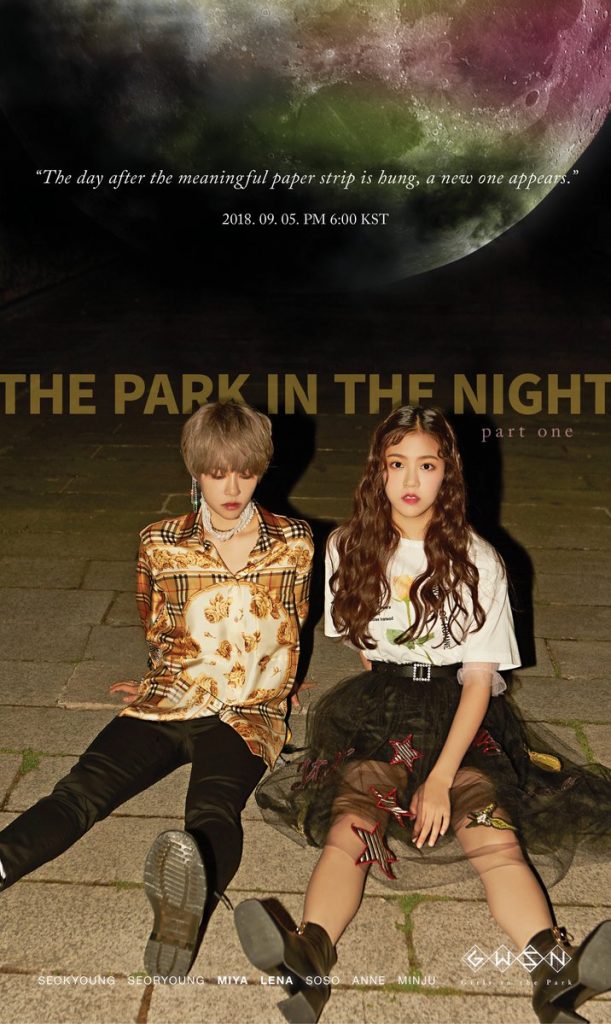 For this teaser, they have dropped the ‘Moon‘ version of the first unit photo. This unit photo contains member Miya and Lena. Under the same light we saw in their group teaser, they definitely shine out even though the overall atmosphere is quite dark. They have also added the moon in the background, allowing the image to fit well into their concept. Their outfits are also on point and contrast nicely with one other. It makes it more exciting to check out the other unit photos that will be released soon.

Meanwhile, GWSN is set to make their debut with their first album on September 5th. Are you enjoying the teasers? Let us know in the comments below!

Scroll for more
Tap
Planetarium Records drops the tracklist for their upcoming single, ‘Day: Off’
Bumzu is stuck in the car in latest collaboration teaser!
Scroll
Loading Comments...