GWSN intrigue fans with the announcement and schedule of ‘The Keys’ mini album comeback! 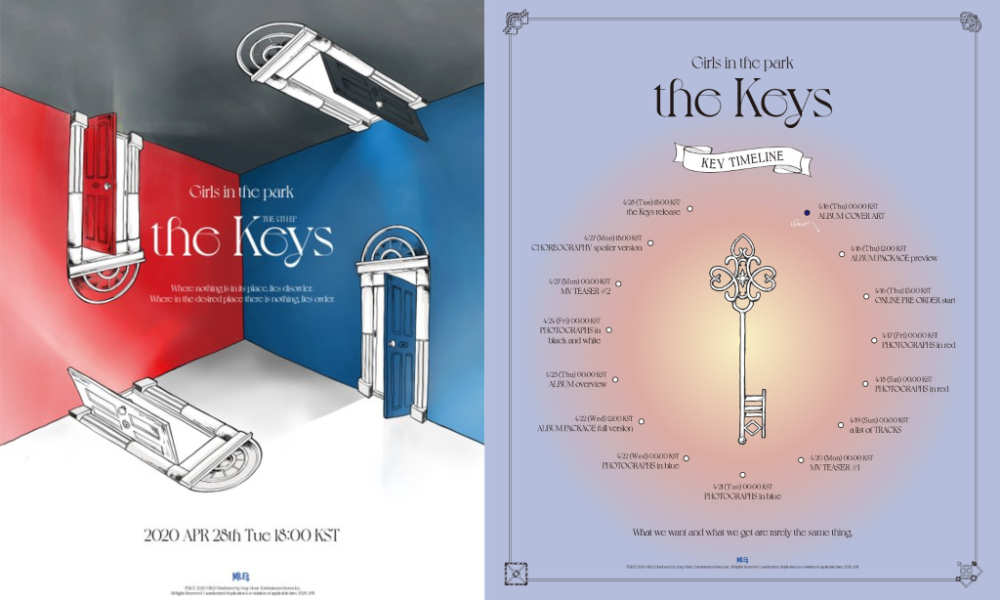 GWSN intrigue fans with the announcement and schedule of ‘The Keys’ mini album comeback!

On April 13th, GWSN announced their comeback with their 4th mini album comeback, ‘The Keys’. Two days later, on the 15th, the group released the scheduler for its teasers. Check them out below!

The announcement poster shows a multi-dimensional room with red, blue and gray doors opened. There is also an English caption saying:

“Where nothing is in its place, lies disorder. Where in the desired place there is nothing, lies order.”

Moving onto the scheduler, there is an elegantly styled key that stands in the centre behind a beaming light. Furthermore, there is another caption stating:

“What we want and what we get are rarely the same thing.”

Fans will be receiving many teasers leading up to the album’s release. These include the appearance of the album package, teaser photos in red and blue and two MV teasers. Pre-orders for the album will begin on April 16th, 3PM KST.

GWSN‘s 4th mini album, ‘The Keys’ will be released on April 28th, 6PM KST. This marks the group’s comeback in approximately 9 months since the release of their 3rd mini album, ‘The Park in the Night Part Three’ with the title track, ‘Red Sun’. Moreover, this album will begin a new era for the group as their last comeback marked the end of ‘The Park in the Night’ album trilogy which they started since their debut.

Another issue to note is member Soso will not be participating in this comeback due to ongoing health issues, so the group will promote under 6 members.

How do you feel about GWSN‘s impending comeback? Let us know in the comments below!