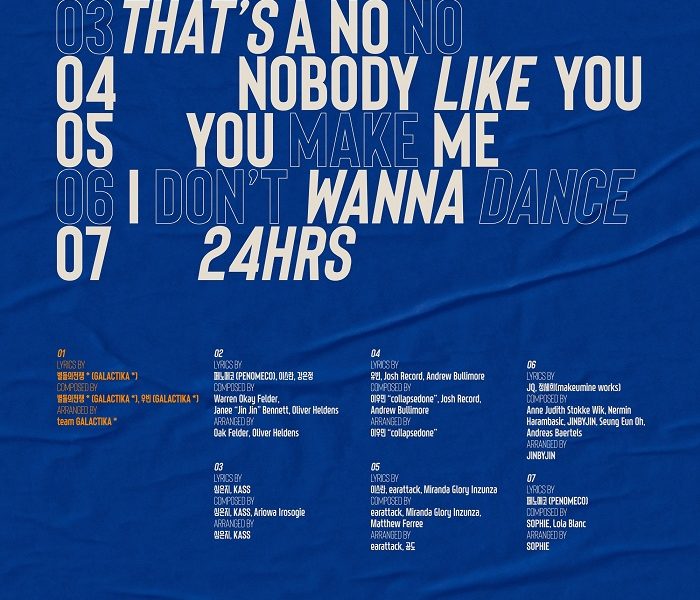 On March 2nd, ITZY revealed the track list for their 2nd mini album, ‘It’z Me’, and just a few days later, on the 5th, released the MV teaser for their title track, ‘Wannabe’. Check them out below!

‘It’z Me’ will feature seven tracks including title track ‘Wannabe’ and is as follows:

Moving on the MV teaser, we first see the members running happily outside a building at night. A rock instrumental is played in the background, but then followed by silence as we get shots of each of the members. The title of the song, ‘Wannabe’ comes up and we hear an eerie sounding synth. Then, we see a doll being wound up before an alarm sound rings through the teaser. The teaser gives off two vibes, one of a happier but rock sound, but with a slight oddness to it as evidenced in the second part of the teaser.

There is a lot of anticipation with this upcoming comeback with the group’s rising popularity. In November 2019, ITZY‘S debut track, ‘Dalla Dalla’ surpassed 100 million streams on the Gaon Music chart, earning it a platinum certification. This is the first time a debut track has been given this certification since their introductions in 2018.

ITZY‘s 2nd mini album, ‘It’z Me’, along with the MV for the title track, ‘Wannabe’. will be released on March 9th, 6PM KST! How do you feel about the girl group’s comeback? Let us know in the comments below!