On September 16th and 17th, Jeong Sewoon updated on SNS a teaser for his next comeback along with the scheduler for following teasers and the release date. Check it out below! 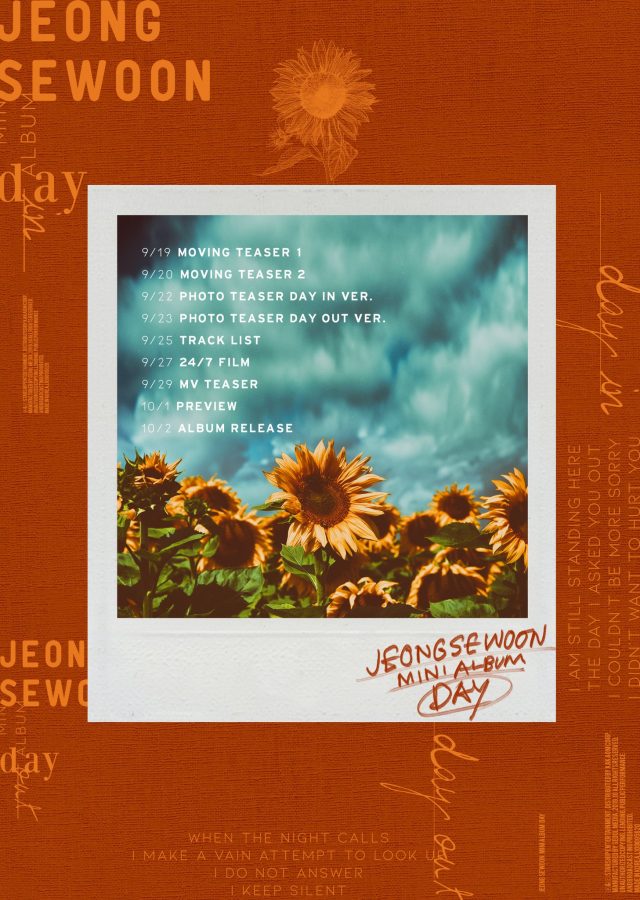 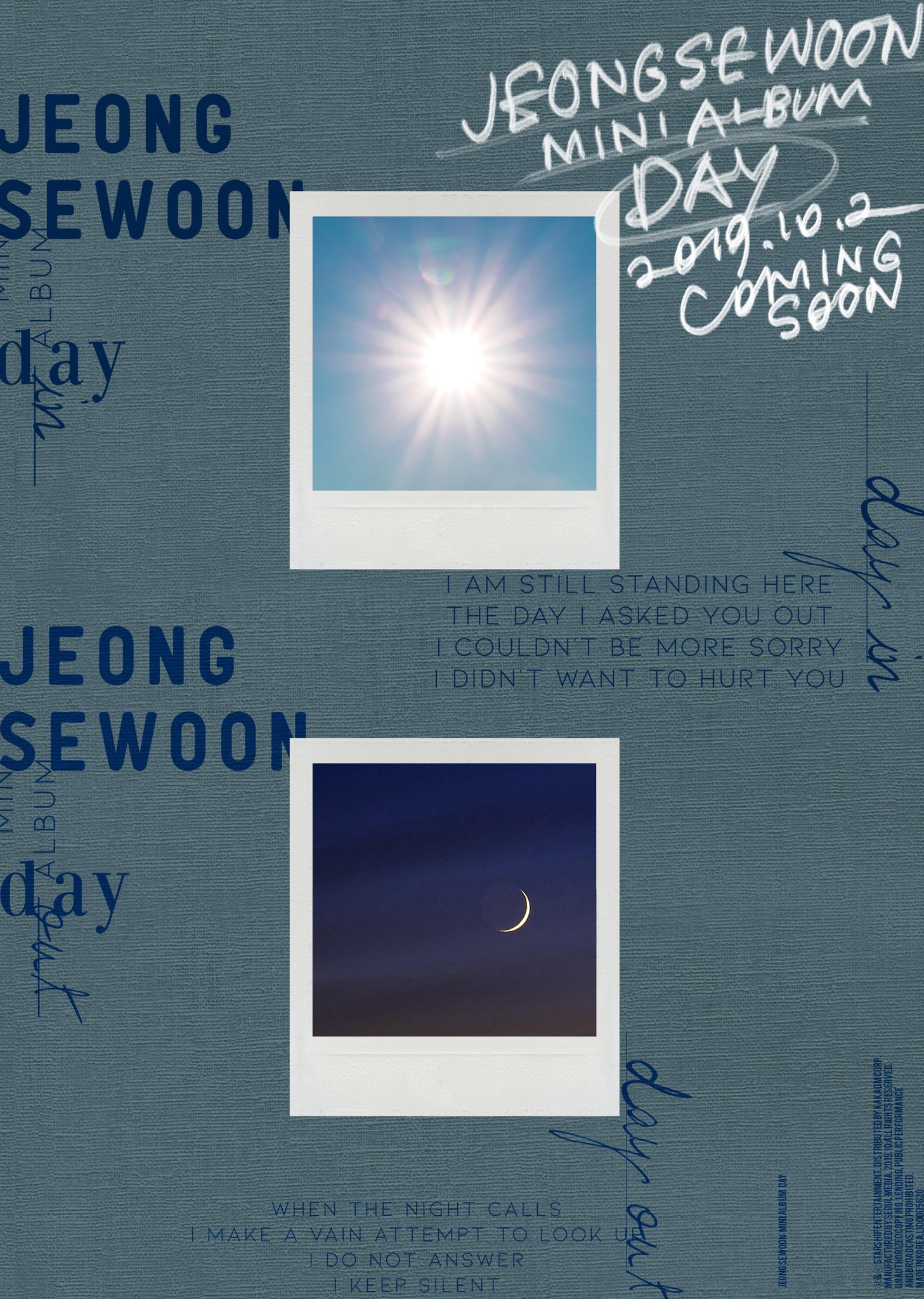 Moving teasers, photo teasers, a film and album preview will be released periodically towards the eventual release of his new mini album ‘Day’, on October 2nd!

This mini album will mark his comeback since March with his other mini album, ‘Plus Minus Zero’.

Looking at the teasers, moody, sentimental photos of the sunlight, sunflowers and the night sky are present. The contrasting orange and blue backgrounds in both images resemble the contrast between day and night. Lines written around the photos include:

“I am still standing here the day. I asked you out. I couldn’t be more sorry. I didn’t want to hurt you.”

“When the night calls, I make a vain attempt to look up. I do not answer. I keep silent.”

Those quotes if are the lyrics could indicate the track will be about loneliness and longing when falling out of love. Are you ready for Jeong Sewoon‘s comeback? Let us know in the comments below!