On November 21st, Ju Won Tak released an official photo for ‘In the Light‘. Check it out below! 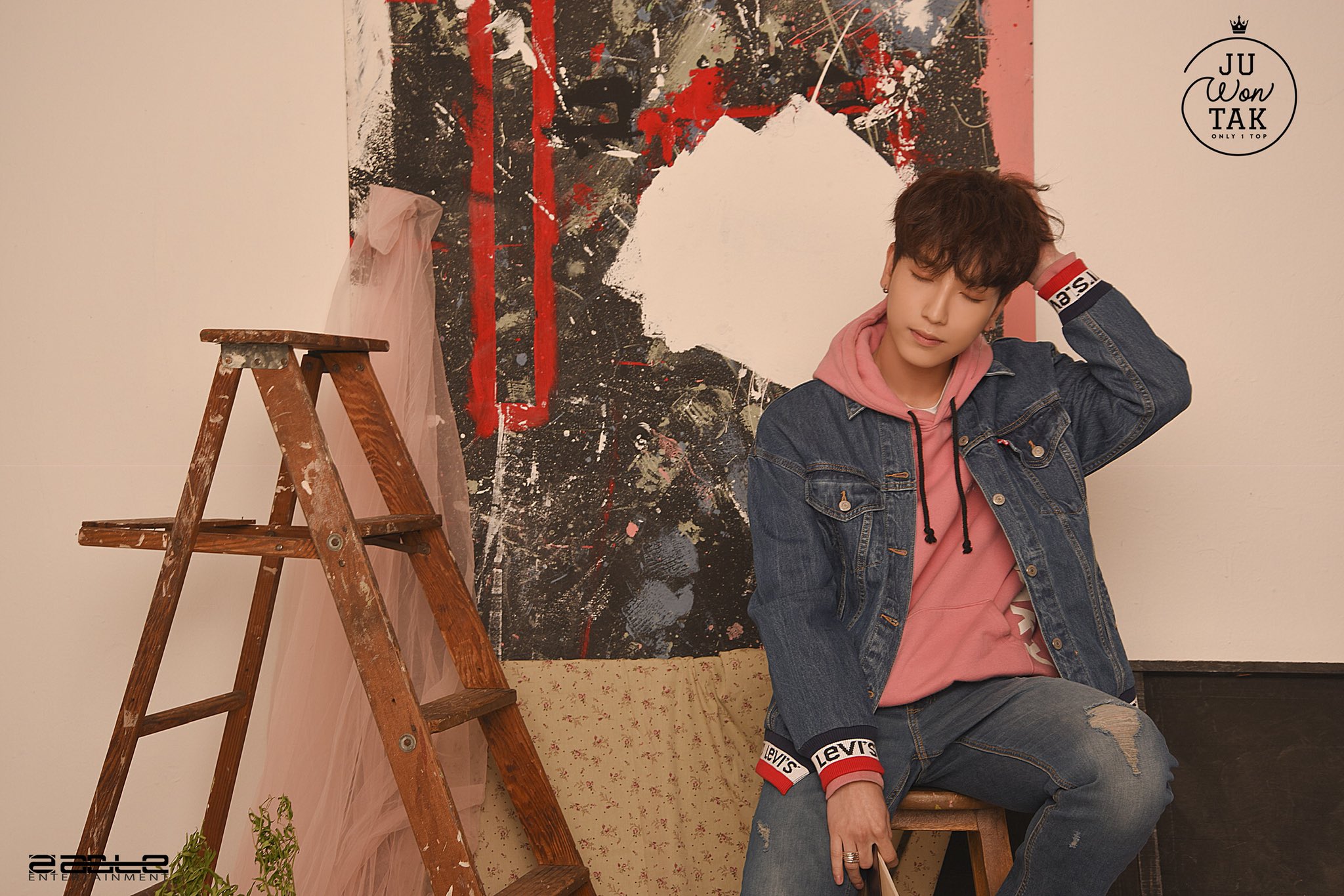 In the official photo, Won Tak is sitting on a wooden stool next to a wooden ladder. Dressed in a denim outfit with a pink hoodie, he is sitting in front of an interesting painting. The painting is mostly black, but it also has red, blue and white in it. It looks like an abstract painting. Meanwhile, the atmosphere is quite light, which is fitting with the title of his single.

The former Rainz member Ju Won Tak will make his solo debut with first single and MV for ‘In the Light‘ on November 26th at 12PM KST. Stay tuned!

What do you think of Ju Won Tak‘s official photo for ‘In the Light‘? Let us know in the comments below.