Junggigo Drops The Tracklist For His Upcoming Full Album

Junggigo Drops The Tracklist For His Upcoming Full Album

Junggigo dropped the tracklist for his upcoming first full album, ‘Across The Universe‘. Check it out below! 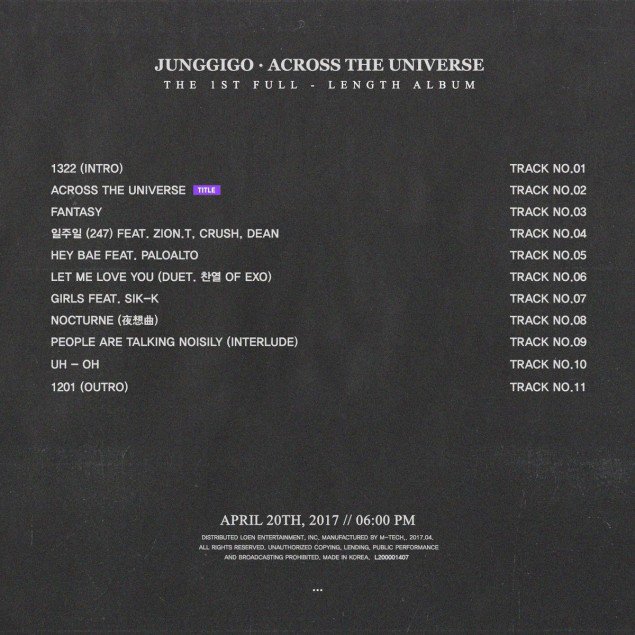 In this album, he will be working with a number of artists including ZION.T, Crush, Dean, EXO‘s Chanyeol, PALOALTO and SIK-K. Some of the tracks on this album has already been revealed including ‘247’, the duet track with Chanyeol and ‘Nocturne’. It will be exciting to see what the other tracks will sound like! On top of that, the introduction and outro track contains numbers which may resemble time. However it is still a mystery and fans are curious as to what these numbers mean!

Meanwhile, Junggigo will be back with his full album on April 20th. So, be sure to stay tuned for more updates! Are you excited for Junggigo’s comeback? Let us know in the comments below!