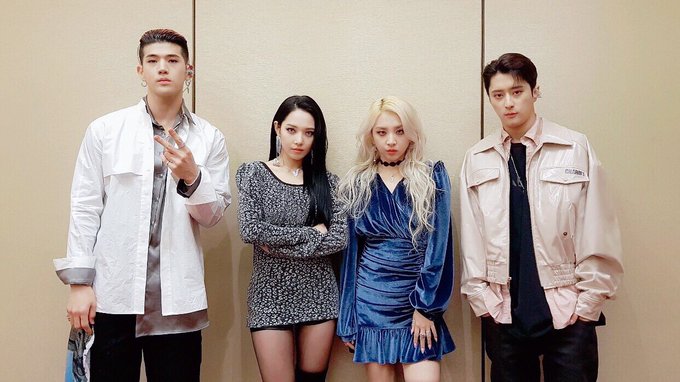 KARD will be coming back with their fourth mini album titled ‘Red Moon‘!

The coed group have announced they will be coming back on the 12th.

Check out the teasers released so far!

The image is an animated drawing showing beautiful scenery. We can see the outlines of mountains, a shooting star amongst many other stars and the red moon.

The short video shows a moon amongst a bunch of dark clouds. The moon then slowly becomes red. There is no audio however the imagery already gives off an eerie and spooky vibe.

Are you excited for KARD‘s comeback? Tell us in the comments below!