On May 14th, Kim Jaehwan released the track list of his debut mini album. The former Wanna One member has just announced his solo debut with his first mini album ‘Another‘ and title track ‘Begin Again‘. There are two versions: ‘Pure‘ and ‘Classy‘. He will make his debut on May 20th. Check out the track list below! 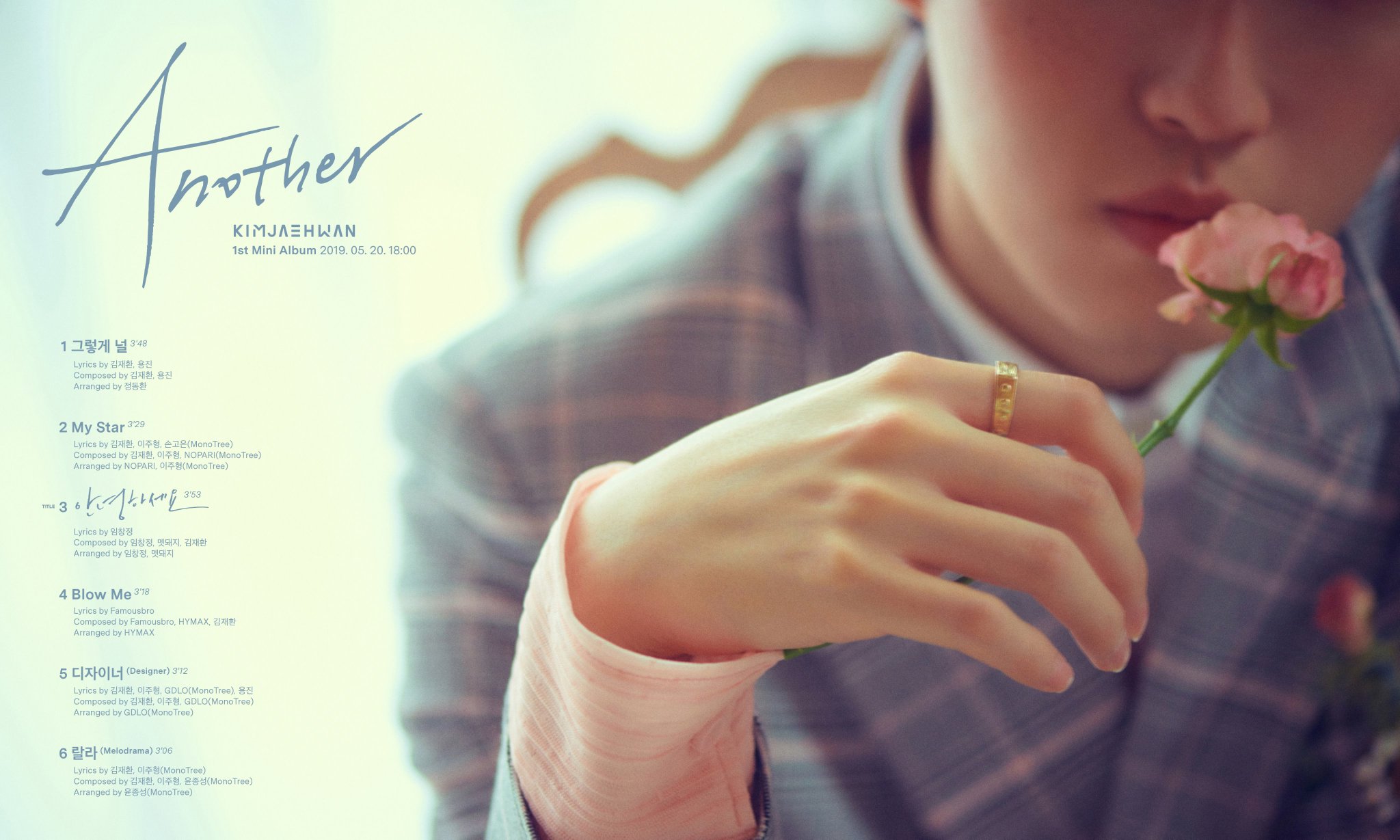 His debut mini album contains six tracks in total. Jaehwan has taken part in the production of all the songs, signifying his musical growth as an artist since the disbandment of Wanna One.

What do you think about Kim Jaehwan‘s track list of ‘Another‘? Let us know in the comments below.

Scroll for more
Tap
GOT7 are ready to witness an ‘Eclipse’ in new MV teasers
ONEUS drop comeback schedule and first group concept photo for ‘Raise Us’
Scroll
Loading Comments...