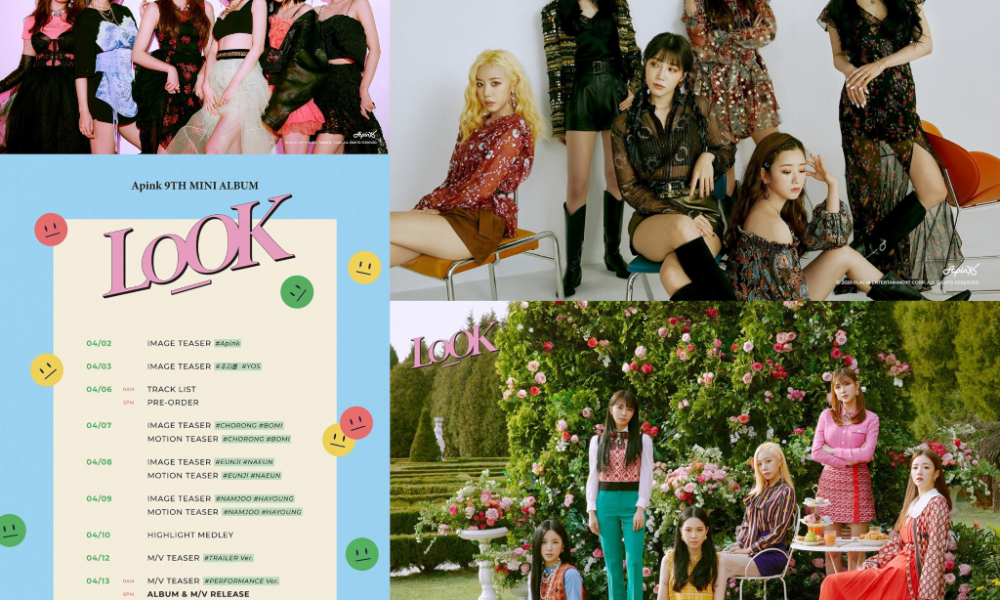 On April 1st, APINK released the scheduler for their 9th mini album, ‘Look’. The following day, the first teaser images for the comeback were released. Check them out below!

Fans can expect a sleuth of image and motion teasers. After those, the highlight medley will drop on April 10th, followed by the MV teaser on the 12th and eventual release of the album and title track MV.

Moving on to the teaser images, the group shows a few concepts. The first picture shows the group in retro styled clothing, all set in a beautiful garden whilst having a picnic. The other two concept photos display a bolder look for the group, with the latter with a bright pink spotlight, showing off the group’s visuals.

This comeback marks the return of Apink in approximately 1 year and 3 months since the group’s 8th mini album, ‘Percent’ with their title track ‘Eung Eung’. So, Pandas (Apink‘s fandom) are excited about the group’s comeback.

How do you feel about the girl group’s long awaited return?