MAMAMOO has revealed the tracklist for their upcoming album, ‘Red Moon‘. So, check it out below! 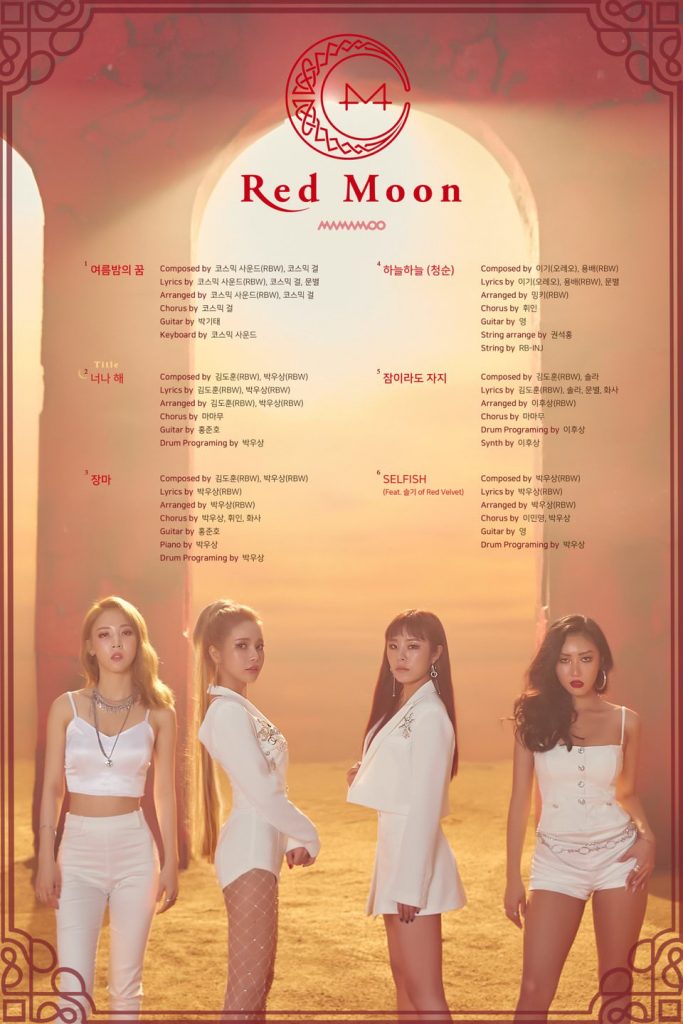 This album consists of six tracks including the title track, ‘You Do It‘, ‘Summer Night’s Dream‘, pre-released track, ‘Rainy Season‘, ‘Lightly (Pure)‘, ‘Might As Well Sleep‘ and Moonbyul‘s ‘Selfish‘ featuring Red Velvet‘s Seulgi. Moonbyul had made her solo debut with the track, ‘Selfish‘, which will be featured on this album. This album is part of their ‘4SEASON‘ project!

Meanwhile, MAMAMOO will make their return on July 16th. Which track are you looking forward to the most? Let us know in the comments below!