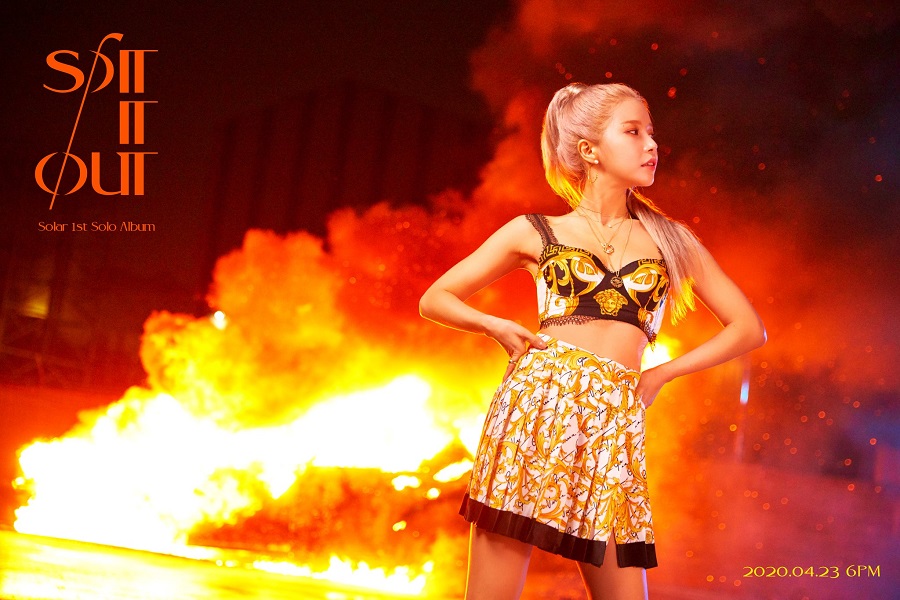 On April 10th, MAMAMOO‘s Solar released the first teaser image for her solo debut album, ‘Spit It Out’. Check it out below!

SOLAR ‘SPIT IT OUT’ TEASER IMAGE:

The teaser image shows the MAMAMOO member boldly standing in front of a burning vehicle. Wearing an orange accented skirt, and top, along with her platinum blonde hair, she poses in a chic manner in the front of camera.

She has previously released solo music under her ‘Solar Emotion’ project until 2018, which mostly comprised on vocal covers from other artists. This marks her first official solo album.

More details will be coming out soon. Solar‘s 1st solo album, ‘Spit It Out’, will be released on April 23rd, 6PM KST!