MOMOLAND give the ‘Thumbs Up’ for comeback with the release of their scheduler! 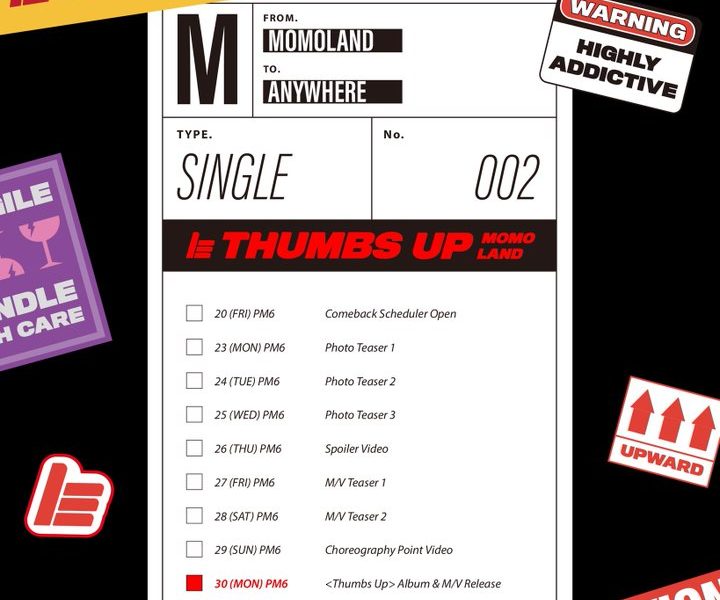 MOMOLAND give the ‘Thumbs Up’ for comeback with the release of their scheduler!

On December 20th, MOMOLAND released their comeback scheduler for their 2nd single album, ‘Thumbs Up’. Check it out down below!

Fans will be receiving photo teasers from the 23rd to 25th of December. This is going to be followed by a spoiler video, then 2 MV teasers and chreography point video, which are all released on consecutive days. Finally, the album and title track ‘Thumbs Up’ will be released on December 30th, 6PM KST!

This will be the first comeback for the group since the departure of members Yeonwoo (who has decided to focus on acting but is still in the agency) and Taeha (who has terminated her contract). The status of member Daisy is still unknown as her contract is still up in discussion.

Their last comeback was with ‘I’m So Hot’ back in March. Are you excited for the group’s return? Let us know in the comments below!