On November 18th, NU’EST W released an official group photo for ‘WAKE,N‘. They already have three versions of official photos: ‘Dream‘, ‘Crack‘ and ‘Collapse‘. They will make their comeback on November 26th at 6pm KST. 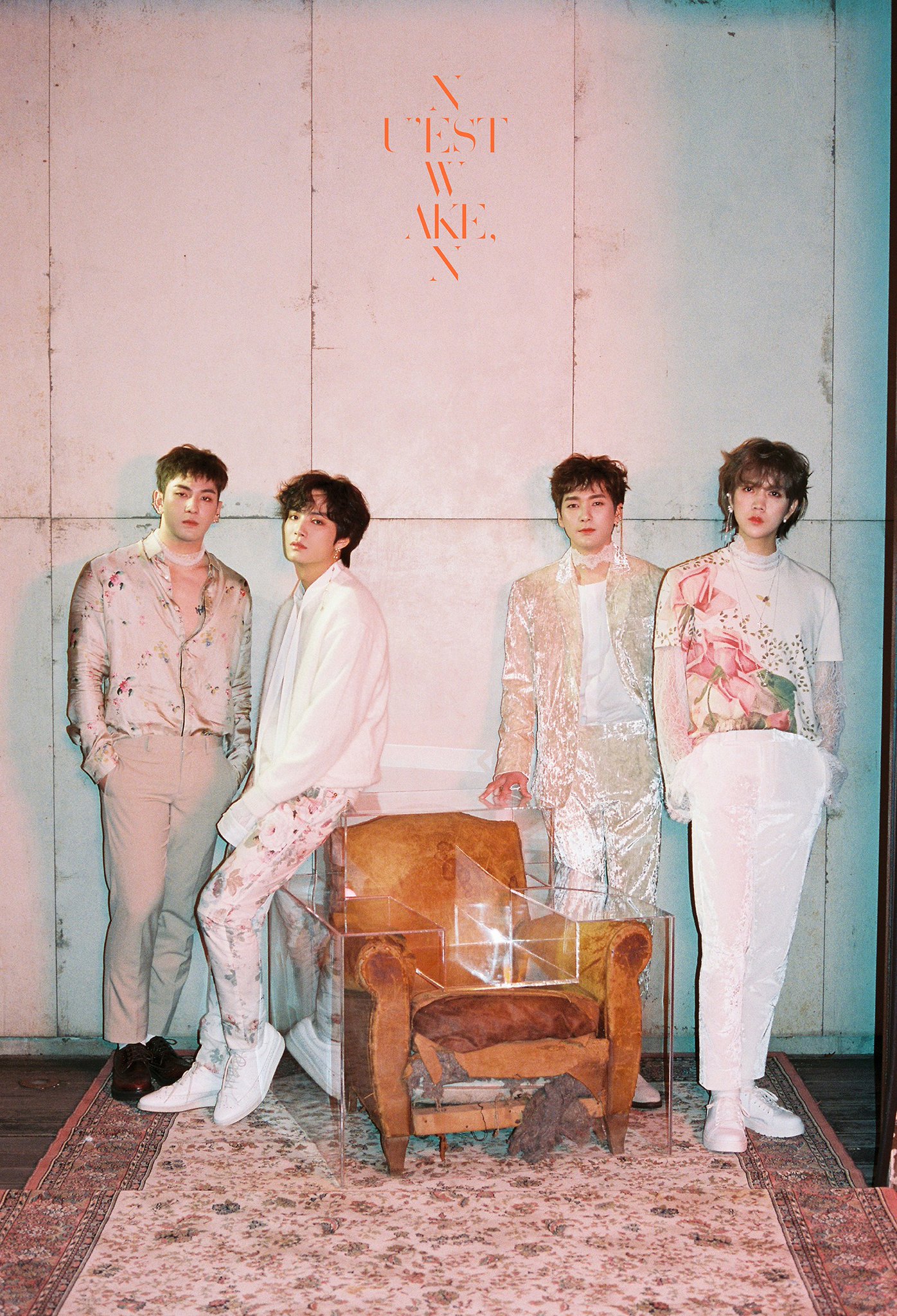 This official photo shows the four member surrounding an empty chair, with two members on each side of it. It seems like the empty chair symbolises that they are waiting for Minhyun to return to NU’EST after promoting with Wanna One so he can complete the group once again. This has made fans emotional and made them anticipate his return even more. The members are wearing floral patterned shirts which make them look like royalty. Even the setting matches this concept as the carpet has flowers on it.

What do you think of NU’EST W‘s new official photo for ‘WAKE,N‘? Let us know in the comments below.