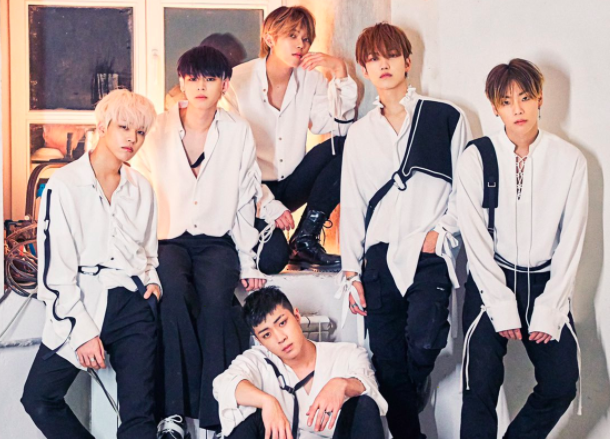 ONF will be making their comeback on August 10th with their fifth mini album ‘Spin Off‘ and title track ‘Sukhumvit Swimming‘. This is their first comeback since appearing on MNET’s ‘Road to Kingdom‘, where they were runner-ups. Check out their prequel picture and timeline below!

The timeline photo shows two of the members in the middle of a stand-off on a train. They are pointing their weapons at each other. This sets the mood up for a crime movie-inspired concept. The group will release a metaphor picture, music list, concept teasers, title script, highlight medley, motion picture, trailer teaser and MV teaser.

The prequel picture looks like a movie poster for a crime film. Like the timeline photo, one of the members is holding a gun, but this time aiming it towards the camera.

What do you think about ONF‘s teasers for ‘Spin Off‘? Let us know in the comments below.

Scroll for more
Tap
ONEUS announce comeback for ‘Lived’ with a new logo teaser
ITZY reveal a western concept for their upcoming album, ‘Not Shy’!
Scroll