PENTAGON surely has their fans on the edge of their seats! The boys have been releasing teasers non-stop. However, fans are definitely enjoying every moment. Now, the boys have released a title track spoiler for their upcoming album, ‘DEMO_02‘. So, check that out below!

From the way the video is posted, there will be a lot of more spoilers released! The video features the train tracks that was seen in their concept photos. This time, each member is seen running across this train tracks. The editing of this video gives it an interesting video to watch as different shoes and outfits move across the screen.

It also appears that it is asking fans to guess what the song will be after their latest track, ‘Like This‘. What do you think the question marks may be? Let us know in the comments below! 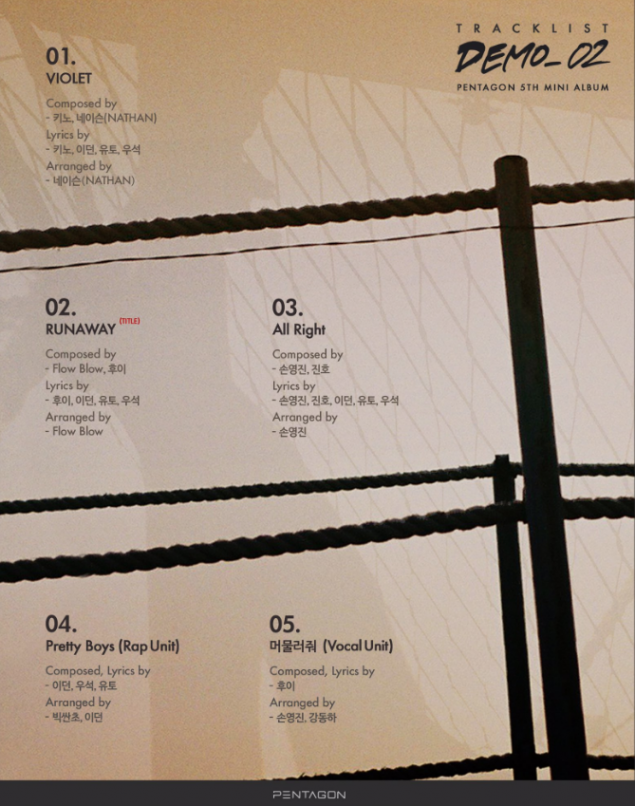 Now, the boys have revealed the tracklist. This album will have a total of five tracks including the title track, ‘Runaway‘, ‘Violet‘, ‘All Right‘, the Rap Unit‘s ‘Pretty Boys‘ and the Vocal Unit‘s ‘Stay‘. It was also revealed that some of the members had participated in the lyric writing and composing of some of the tracks.