PRISTIN now begins to tease for their first comeback! The girls will be returning with their second mini album, ‘In/Out‘. They have dropped the first teasers for this comeback AND they have revealed their fandom name! Check out the information below! 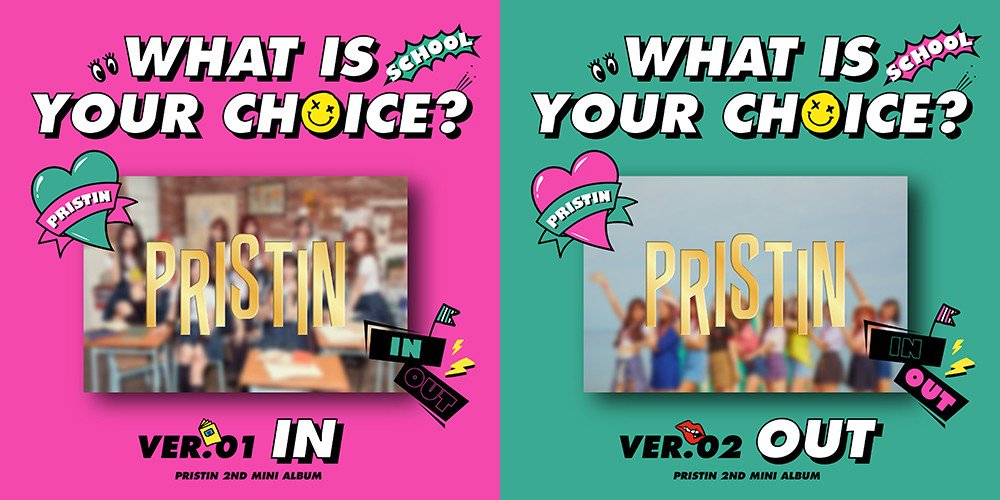 PRISTIN has dropped the silhouette version of album! This album will have two versions: ‘In‘ version and a ‘Out‘ version! The album shows off the cute and fun concept that relates to school. On top of that, since it is the silhouette version, the images of the girls are blurred out. However, it looks like the girls are embracing the summer season and will be showing something quite fun to see!

On their twitter, the girls have revealed that they will be announcing the fandom’s official name on V Live broadcast. Check out the video below!

So, as seen in the video above, the girls have revealed the fandom name! There were many names tossed in the air like ‘Apple Juice’, ‘Genie’ and ‘Pride’. However, ultimately the girls have come to an agreement that High should be fandom name! So, congratulations to Highs for their fandom name! The girls explained that it means they want their fans to stay by their side as they rise to the top together! Thus, they want fans to say “I’m High!” rather than “I’m a fan of PRISTIN“. What do you think about the new fandom name? Let us know!

Meanwhile, PRISTIN will make their first comeback on August 23rd! Are you excited for it? Let us know in the comments below!