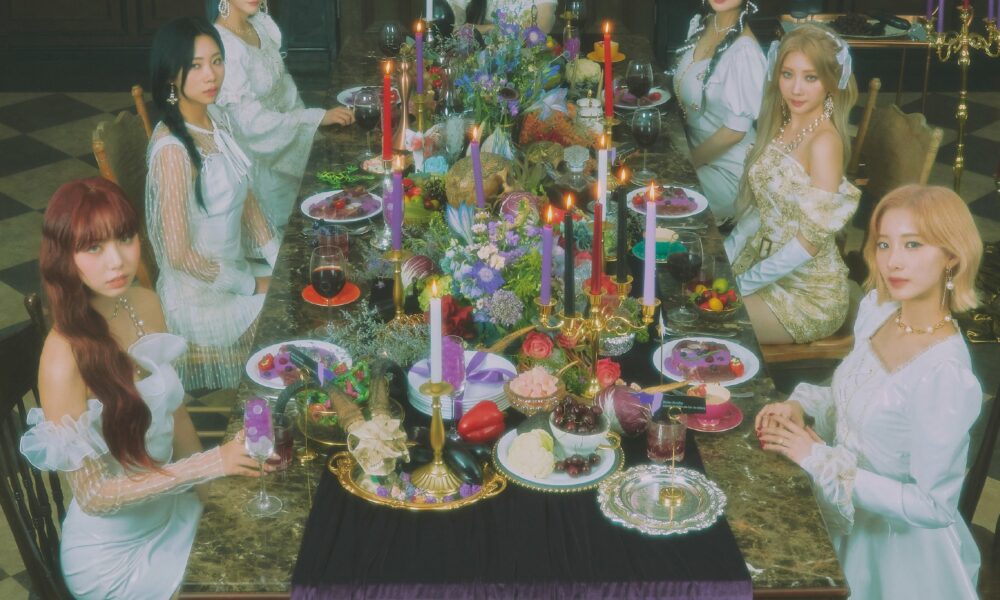 On July 10th, PURPLE KISS released the first concept photo ahead of their upcoming 4th mini album, ‘Geekyland’. Prior to this, the septet also released a prologue film outlining the continuing witch story line with their music videos. This comeback comes after approximately 4 months from their 3rd mini album, ‘memeM’.

The concept photos shows the girls dressed elegantly in white. Sitting poised at the dining table, the purple food, candles, and velvet table covering look a cut above class. Instead of focusing on the meal, the members all stare hauntingly towards the camera, as if we are intruding their time together.

How do you feel about the girl group’s first concept photo for this comeback? Let us know in the comments below!