Gray will be coming back with a new song titled ‘TMI‘! On April 25th he posted on his official Instagram a photo along with news of his new release.

The rapper will release the song on the 30th at 6PM KST.

‘TMI‘ meaning “too much information” has been a hot acronym amongst many Kpop stars. 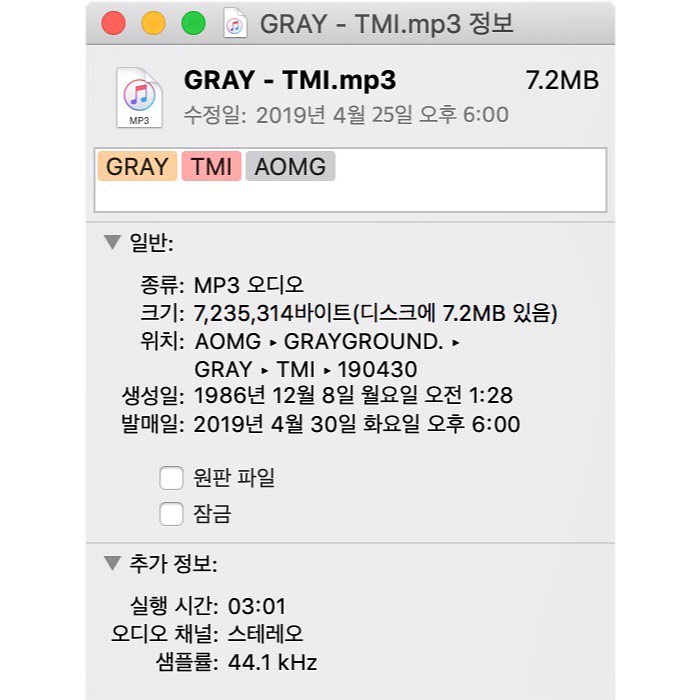 The image attached in his post shows the additional information of the song. At the top, Gray‘s name along with the title ‘TMI‘ appears. The date below it is the date and time of his post.

The image tells us all about the song, including information about the file type, size, location and more! The artist has wittingly created a teaser about the song by literally relating it to “too much information“.

Are you excited about Gray‘s release? Tell us in the comments below!