Seven O’Clock drops the tracklist for ‘#7’

Seven O’Clock drops the tracklist for ‘#7’

Seven O’Clock has dropped the tracklist for ‘#7’

Seven O’Clock has revealed the tracklist for their upcoming album, ‘#7‘. So, check it out below! 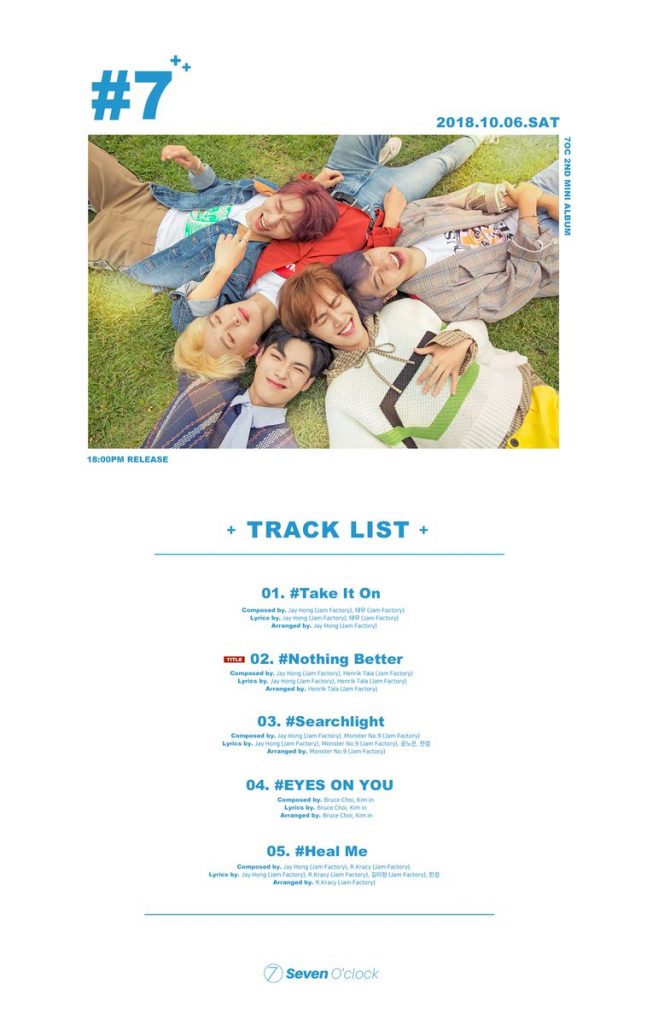 This album has a total of five tracks including the title track, ‘Nothing Better‘, ‘Take It On‘, ‘Searchlight‘, ‘Eyes On You‘ and ‘Heal Me‘. Most of the tracks are written, composed and arranged by members of Jam Factory. It will be interesting to see how each of these tracks sound like. One thing for sure is that there will be consistency among their tracks.

Meanwhile, Seven O’Clock is set to make their return on October 6th. Are you ready? Let us know in the comments below!