SEVENTEEN‘s bright summery comeback is just around the corner! This group will be making their hot return on the 16th of this month with their fifth mini album ‘YOU MAKE MY DAY‘. To lift fans’ anticipation for the release of this brand new album, SEVENTEEN has revealed several sets of teaser images, with the latest instalment being the tracklist. First check it out below!

SEVENTEEN’s ‘YOU MAKE MY DAY’ TRACKLIST 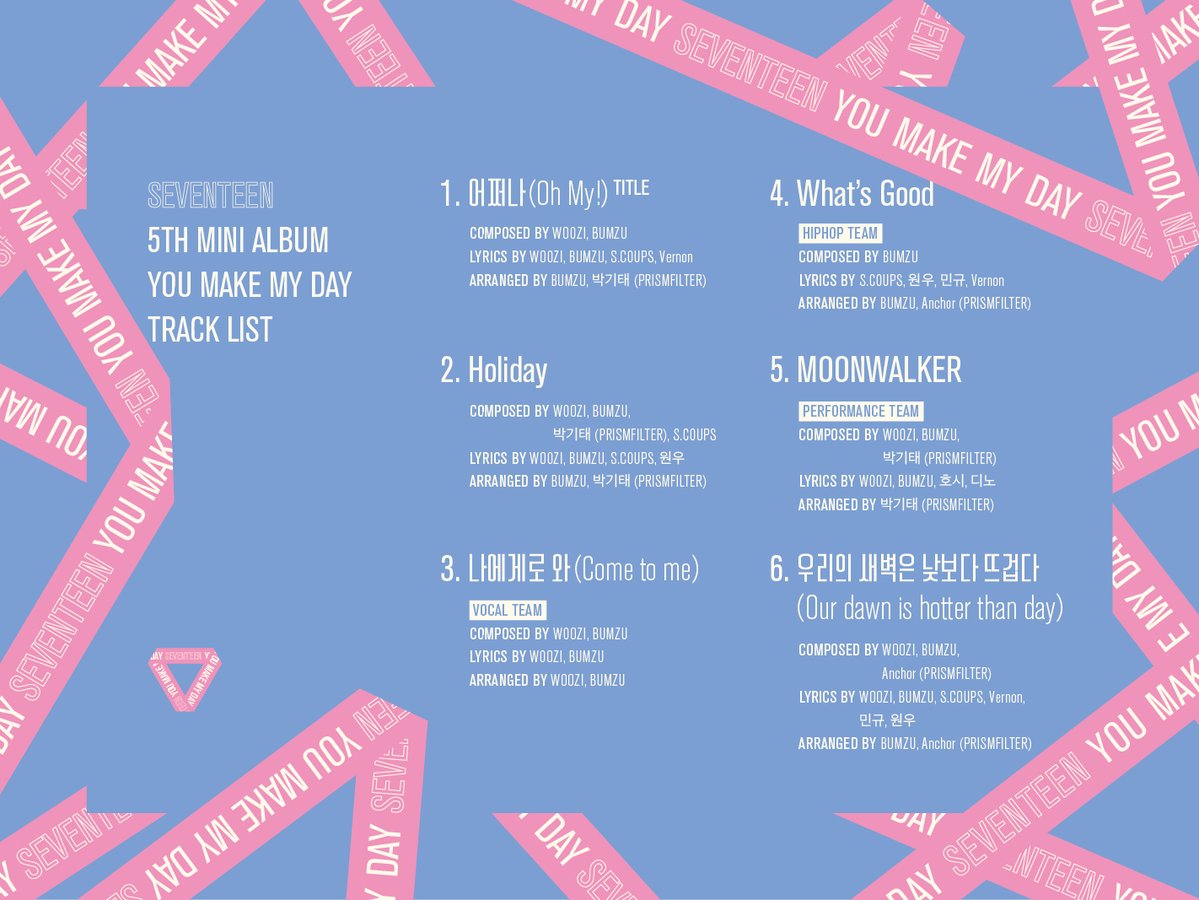 According to this rose-quartz and serenity-filled tracklist, ‘YOU MAKE MY DAY‘ will consist of six tracks in total. Three of these are group songs, including the title track ‘OH MY!‘, meaning all thirteen members will participate in singing them. The remaining three tracks are team songs of the three units of the group.

With this album, SEVENTEEN continues to uphold their title of ‘self-producing’ idols. SEVENTEEN‘s Vocal Team‘s leader Woozi has co-composed five out of the six tracks on the album. He also helped write the lyrics of all songs except one. Besides him, six other members participated in the lyrics-writing for the album.

Are you looking forward to SEVENTEEN‘s comeback? Let us know in the comments below. Officially Kmusic will continue to bring you constant updates on Korean entertainment, so stay with us!