GFRIEND is back again with the first teaser of their new album! The group is gearing up to come back with a summer album, quite simply named ‘Sunny Summer‘, on the 19th of this month.

As shown by GFRIEND‘s comeback schedule, the group will be revealing several sets of teasers in the days leading up to their comeback and first up in this series is the tracklist of the new album. 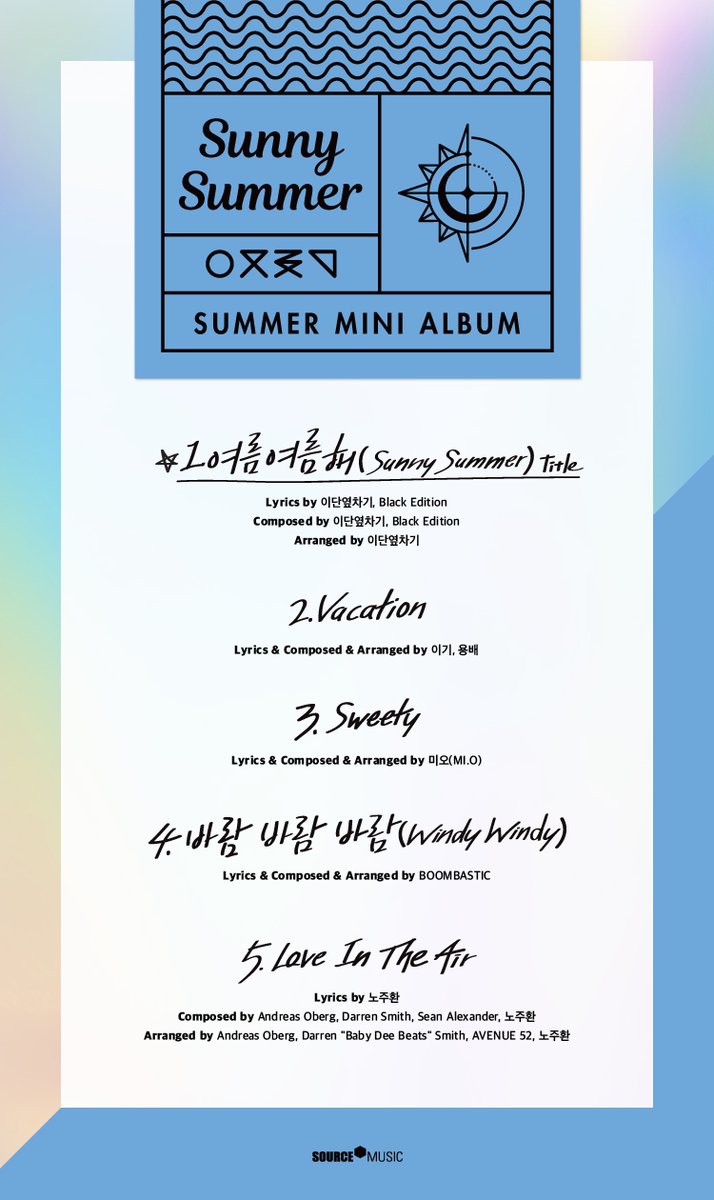 ‘Sunny Summer‘ will comprise a sum total of five tracks. The first of these, also called ‘Sunny Summer‘, is the title track of the album. GFRIEND has apparently taken their summery concept very seriously, because even the names of the songs– ‘Vacation‘, ‘Sweety‘, ‘Windy Windy‘, ‘Love In The Air‘– radiate a summery vibe.

Anticipation for the group’s return has shot through the roof after the tracklist came out. Since GFRIEND has provided refreshing and vibrant bops every year without fail, there is little reason for fans to suspect this year will be an exception.

Scroll for more
Tap
SEVENTEEN’s here to make your day with ‘YOU MAKE MY DAY’ tracklist
MAMAMOO looks stunning as a group in new ‘Red Moon’ teaser
Scroll
Loading Comments...