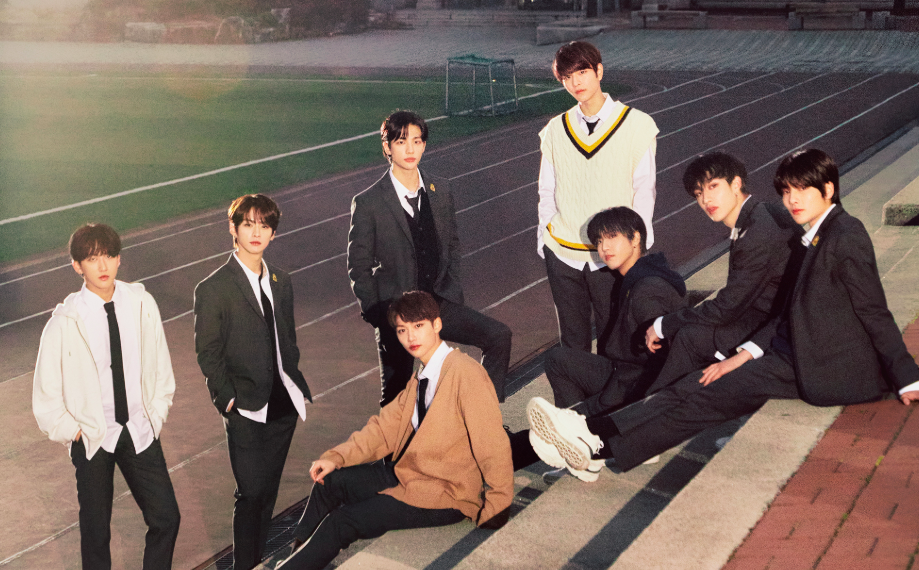 Stray Kids have announced that they will be releasing a new mixtape song and MV for ‘On Track‘ on March 25th, the date of their second anniversary since debut. This is their first mixtape track since the release of ‘Gone Days‘ in December. Check out the teasers below!

It looks like the setting will be a school as the members are dressed in school uniforms and Changbin is holding a basketball. The members look like leads of a romantic K-drama with a high school setting. The group photos show the members sitting on the steps and posing playfully on the field.

The instrumentals sound like it will be reflective, which is fitting for an anniversary track. It sounds like their previous mixtape tracks.

It looks like the members will be acting alongside a female lead as both Hyunjin and Lee Know are pictured with a girl in the still images.

What do you think about Stray Kids‘ teasers for ‘On Track‘ so far? Let us know in the comments below.