Target release new concept photo for ‘Is It True’ comeback!

Target release new concept photo for ‘Is It True’ comeback!

Rookie boy band Target have revealed a new concept photo for their upcoming ‘Is It True’ comeback!

The seven-member band is currently getting ready to release a new single album, ‘Is It True.’ So far, a group teaser image and album packaging details have been revealed, but now a handsome concept photo has dropped!

In the concept photo, the boys are posing in front of a white wall with a hexagonal pattern. They all have charming looks, and preppy outfits. There seems to be a theme in their looks, as they’re all wearing pastel colours with dark pants. In a way, they could pass as high school students! 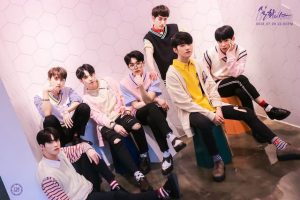