TO1 get an unexpected visitor in MV teaser for ‘Drummin”! 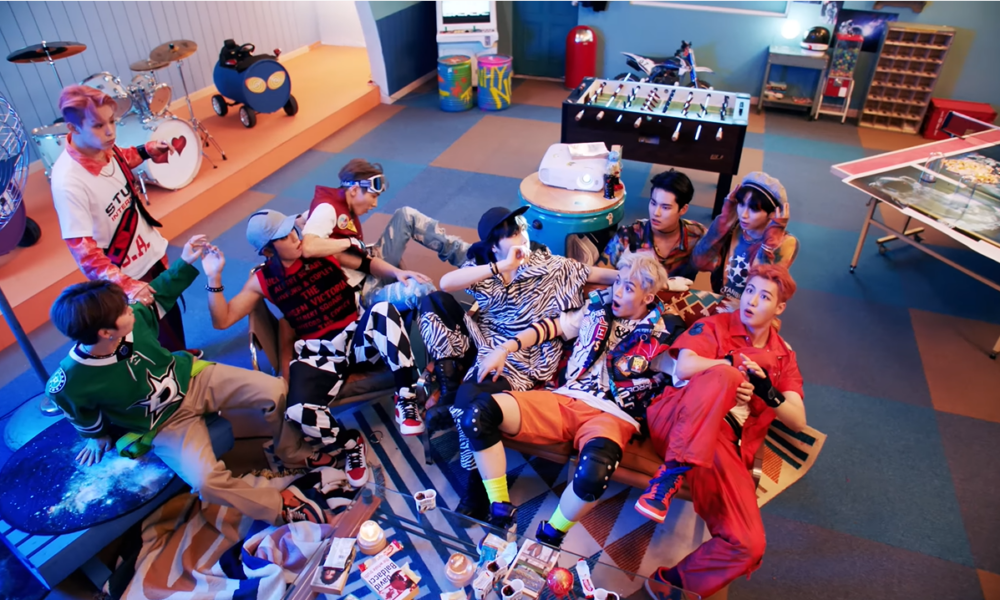 TO1 get an unexpected visitor in MV teaser for ‘Drummin”!

On July 25th, TO1 released the first MV teaser to their upcoming title track, ‘Drummin”. This marks the group’s return in approximately 9 months since last November’s mini album, ‘Re:alize’, which featured the title track, ‘No More X’.

Hanging out in a dudes’ garage, it’s a relaxing paradise. With arcade machines, sofas, a big TV, and table football, the members all break up and go about their day. However, an astronaut soon appears largely on the screen, causing the group to huddle together in surprise. Hearing a call, they open the garage door to shockingly find the astronaut right before them.

Check out the music video teaser down below!

With this 2022 return, there have been a few member changes. Chihoon, Minsu, Jerome and Woonggi have all left the lineup. New members Renta, Daigo and Yeojeong have been added. The former two notably competed on survival show ‘Produce 101 Japan Season 2’ and placed 13th and 16th respectively.

How do you feel about this renewed lineup and return? Let us know in the comments below!