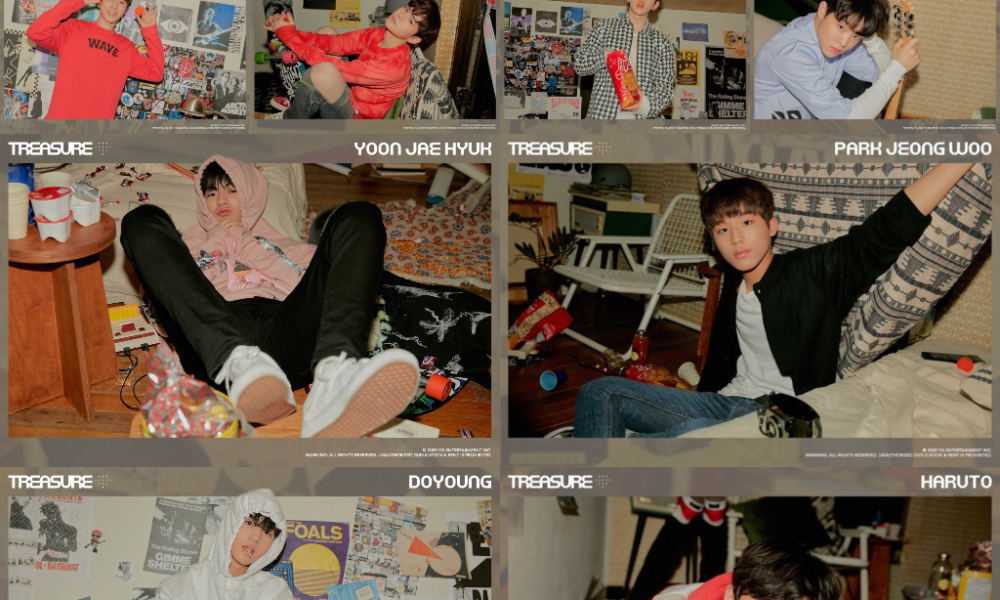 From January 8th through to the 11th, YG Entertainment‘s upcoming boy group TREASURE released volume one of their editorial pictures before their debut. Check them out down below!

All the members are wearing brightly coloured outfits while relaxing in an indoor bedroom set. The camera angles all highlight the clean visuals of the group. Following that, the Polaroid cuts feature the group making cute poses, from being with a dog to posing with flowers.

More editorials are expected so fans are excited for what’s to COME. TREASURE will be making their debut in early 2020 following a slew of delays which prevented a 2019 debut. The group consists of members who competed in YG Entertainment‘s survival show, ‘YG Treasure Box’. The members include Hyunsuk, Jihoon, Junkyu, Yoshi, Mashiho, Jaehyuk, Asahi, Bang Yedam, Doyoung, Haruto, Jeonghwan and Jeongwoo. Are you excited for the group’s first release? Let us know in the comments below!