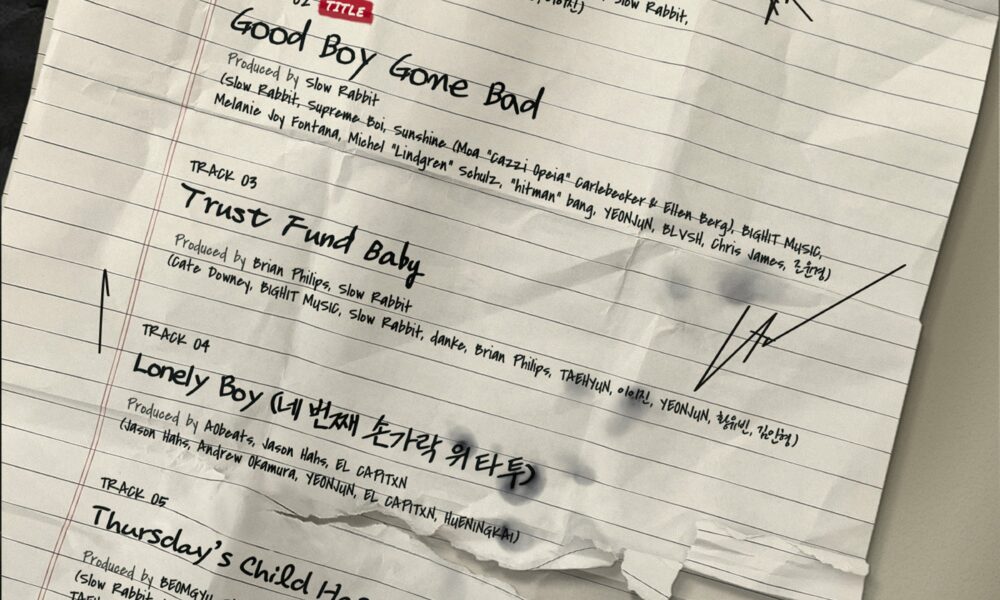 On May 1st, TXT released the track list to their upcoming 4th mini album, ‘minisode 2: Thursday’s Child’. Consisting of 5 tracks, the title track will be ‘Good Boy Gone Bad’. We notably see the members taking credits in all tracks with Yeonjun taking part in the title track.

This will mark the group’s first comeback of 2022 and follows their August full album repackage, The Chaos Chapter: Fight or Escape’. Eagle eyed fans will also realise this upcoming release continues on the ‘minisode’ album series which began with the quintet’s 2020 mini album, ‘minisode1: Blue Hour’ which featured the retro light hearted lead single, ‘Blue Hour’.

Thus far, the group have revealed three sets of concept photos (‘Mess’, ‘End’, and ‘Hate’ versions) as well as the concept trailer for the ‘Hate’ version’.

How do you feel about the boy group’s imminent return? Let us know in the comments below.